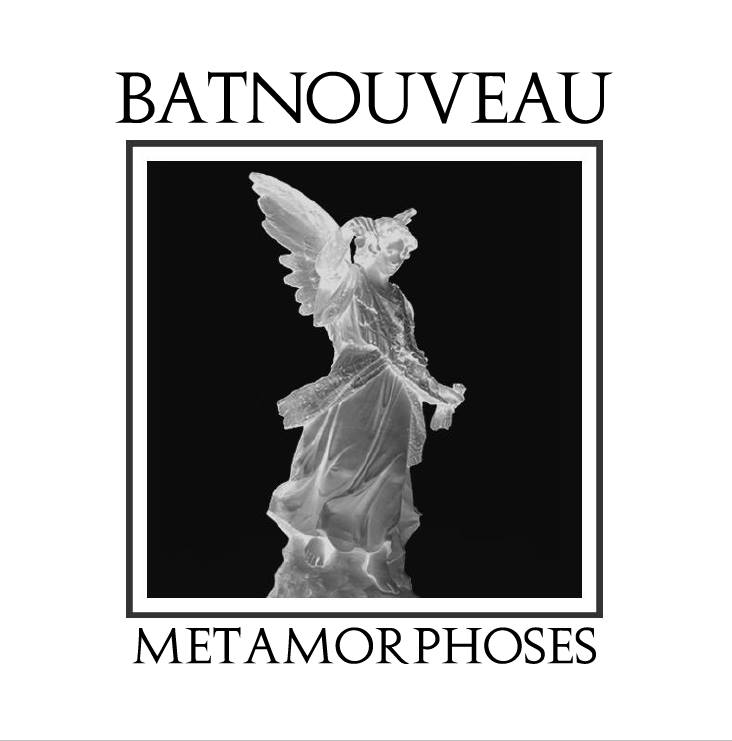 Metamorphoses is the debut album from Australia’s Bat Nouveau. I love how the album sounds original, a great raw edge and not over produced, but brings back echoes of classic 80’s Gothic, new wave and postpunk and there’s a hint of the bands musical influences. The album opens with The Cry a perfect blend of dead pan vox, deft drum programming, pumping bass and blistering bursts of guitar with perhaps a hint of Altered States. Great! Portent opens with powerhouse punch guitars and furious drums to match. Has a very strong 80’s new wave feel, should be a big hit on the dancefloor. Love It! Lilies II reminds me very much of early Sisters Of Mercy perhaps Afterhours or On The Wire Great stuff! Dust has a hint of early Killing Joke think Firedances and tribal drums to match. Nice one! Hung High has more than a hint of The Birthday Party and reminds me of Release The Bats. Slowburn reminds me very much of Play Dead – Another song to ignite the dancefloor. Epic! Wreckage is a punked up aural assault with a hint of early Red Lorry Yellow Lorry. Nice! Ghosteps has a strong Chameleons feel perhaps very early The Church Great!

Funeral Eyes keeps The Chameleons vibe going. Love it! Deathmask again reminds me strongly of Red Lorry Yellow Lorry perhaps Chance. Great! Our Black Day brings the album to a close with a hint of Mephisto Walz and perhaps early Christian Death. Great debut album filled with lots of promise the second album is going to be a classic!

The best thing to come out of Australia since IKON