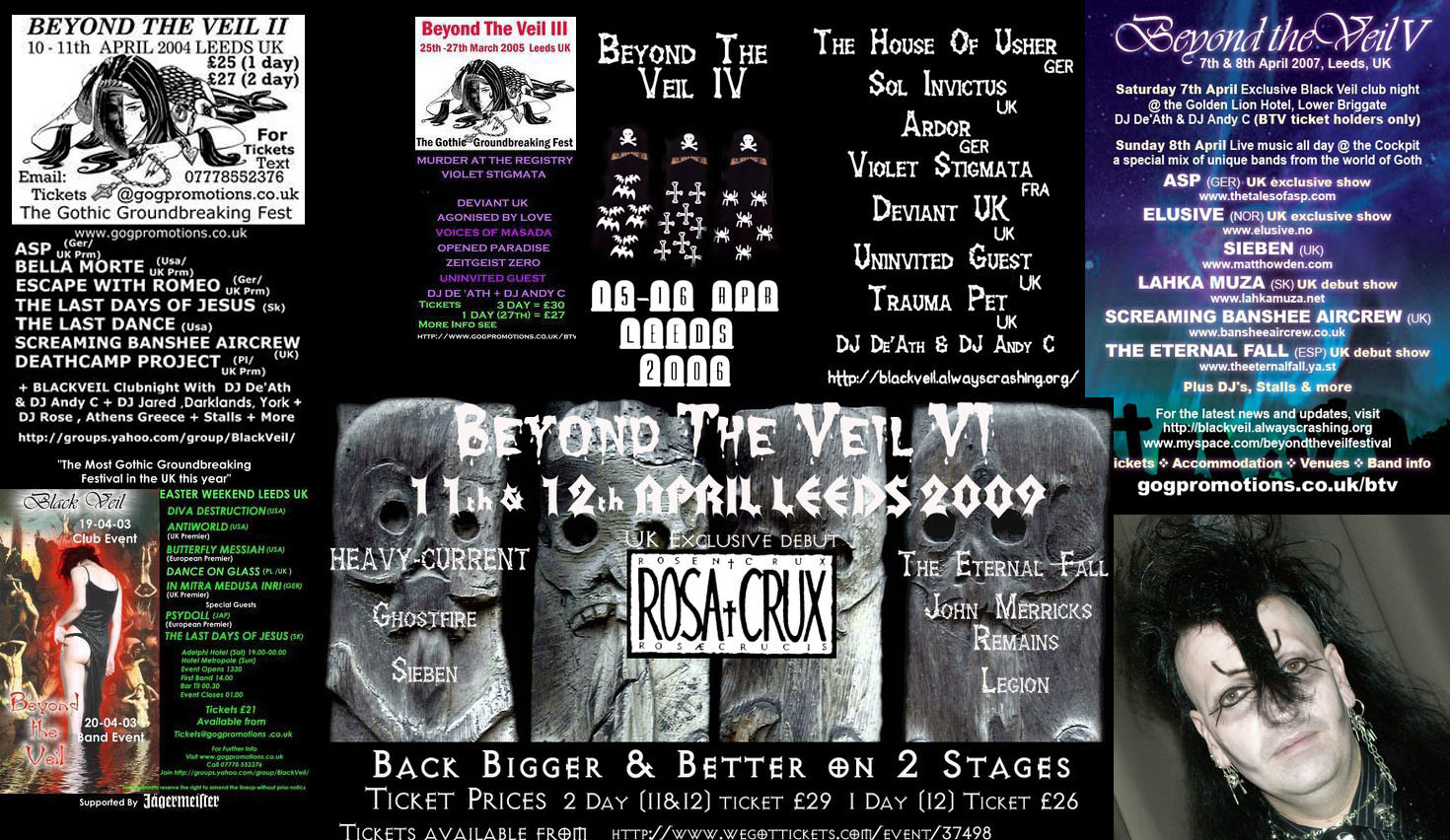 This weekend marks the 10th Anniversary since I organised my first BEYOND THE VEIL festival as part of GOG Promotions at the Hotel Metropole in Leeds. I got the idea to hold the festival in a hotel with a ballroom, after my DJ appearance in New Orleans @ Gothcon which ran their event in a similiar venue. We’d already put on lots of gigs for new overseas and UK bands. The reason we decided to start promoting live events was firstly a love of Gothic music and the lack of great overseas bands playing the UK. It was tiresome seeing the usual suspects playing live.

It also takes a lot of work, negotiating skills, careful planning, promotion, and consideration of the financial risk involved as Roger, Trish & Myself funded the festival from our own pockets, unlike those people today who aren’t willing to invest their own money or to take risks from their love of Gothic music, but resort to others to fund their ventures for the glory and the money of others via various crowdfunding options.
Beyond The Veil was unlike any other festival with promotion of new bands & music being the first aim.

Lots of great memories of working with lots of talented musicians/friends and providing great memories for those who attended the pre-show parties and the band event. 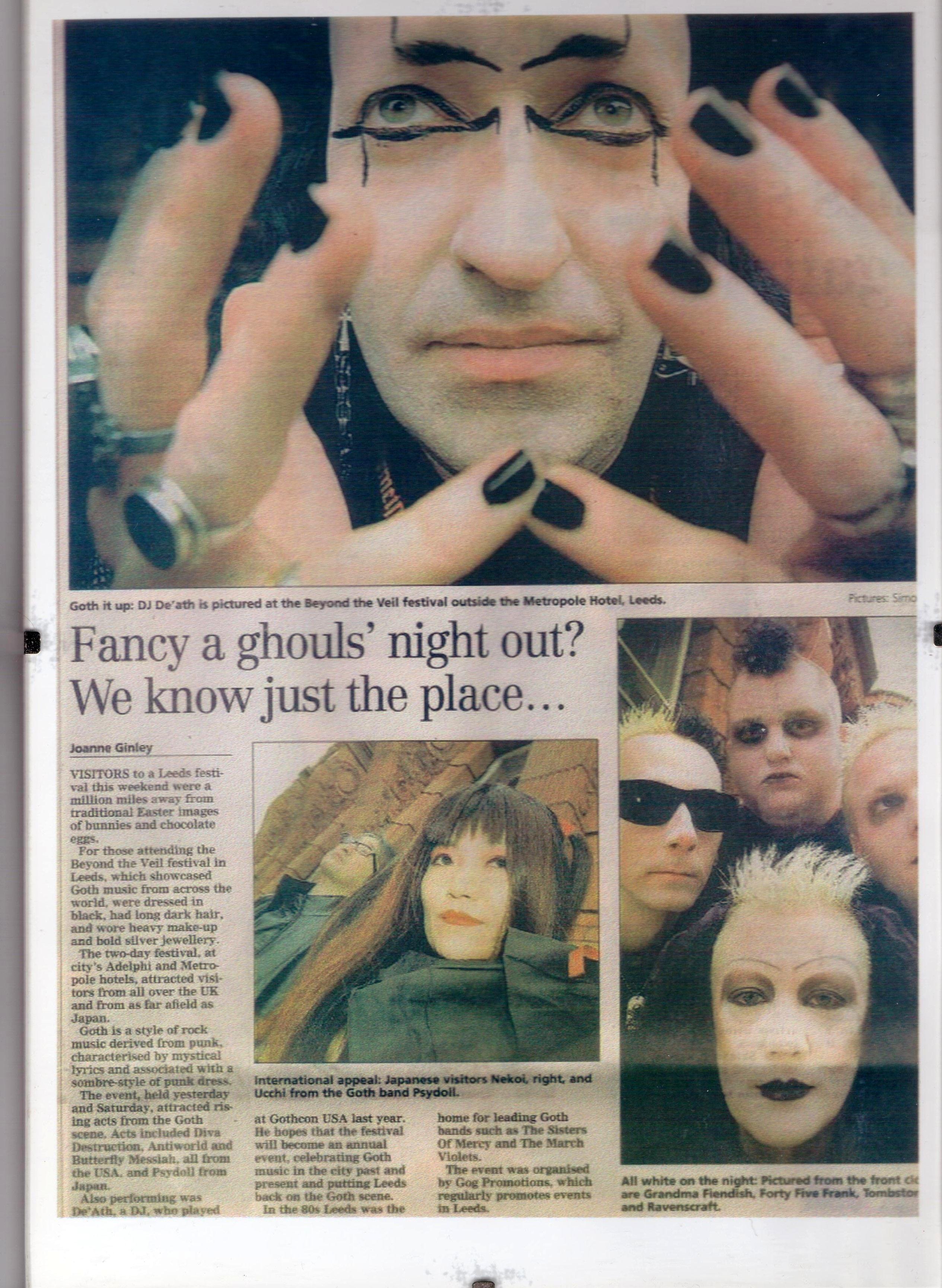