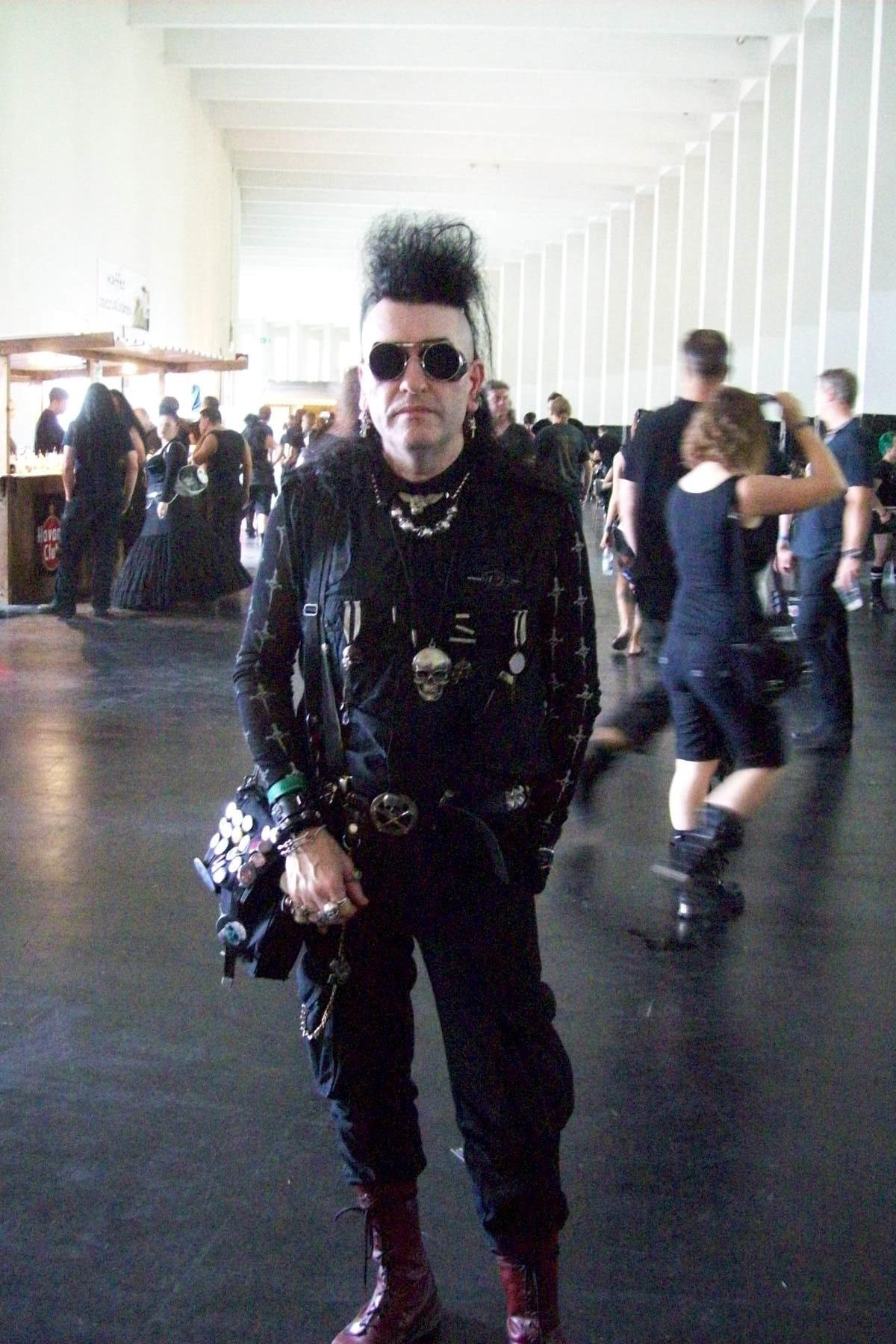 It was only my second visit to Amphi in Koln and with such a good line up I had to be there for the tenth anniversary edition.

In the Glory days of the WGT in Leipzig Marco Gothel was one of the main driving forces behind it’s success. So it is no surprise that Amphi has turned into such a big successs. It has a lot benefits over Leipzig, it’s a lot easier and cheaper to get to than Leipzig, The hotels don’t suffer from a 40% hike during the festival, in fact I found a very good 5 star hotel at a cheaper than normal price. Great connection from Dusseldorf to Koln Hauptbahnhof and its so easy to get the festival site without having to walk halfway across the city to see a great line up of bands. 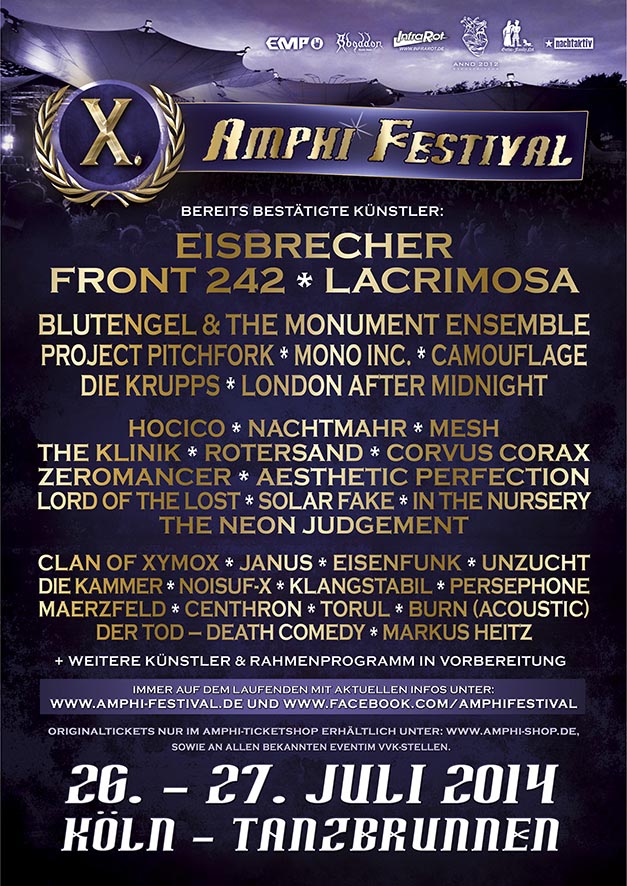 The festival may not be the biggest with a capacity of 16,000, but it is one of the best in Europe well planned and executed with a great atmosphere and no need for crowd funding!
The Tanzbrunnen is the perfect venue with both a part covered main stage ( so no chance of sun stroke unlike Mera Luna) and also an inside stage with more than enough stalls to cater for the shopaholics. Not to mention Frozen Wikingerblut 🙂
. 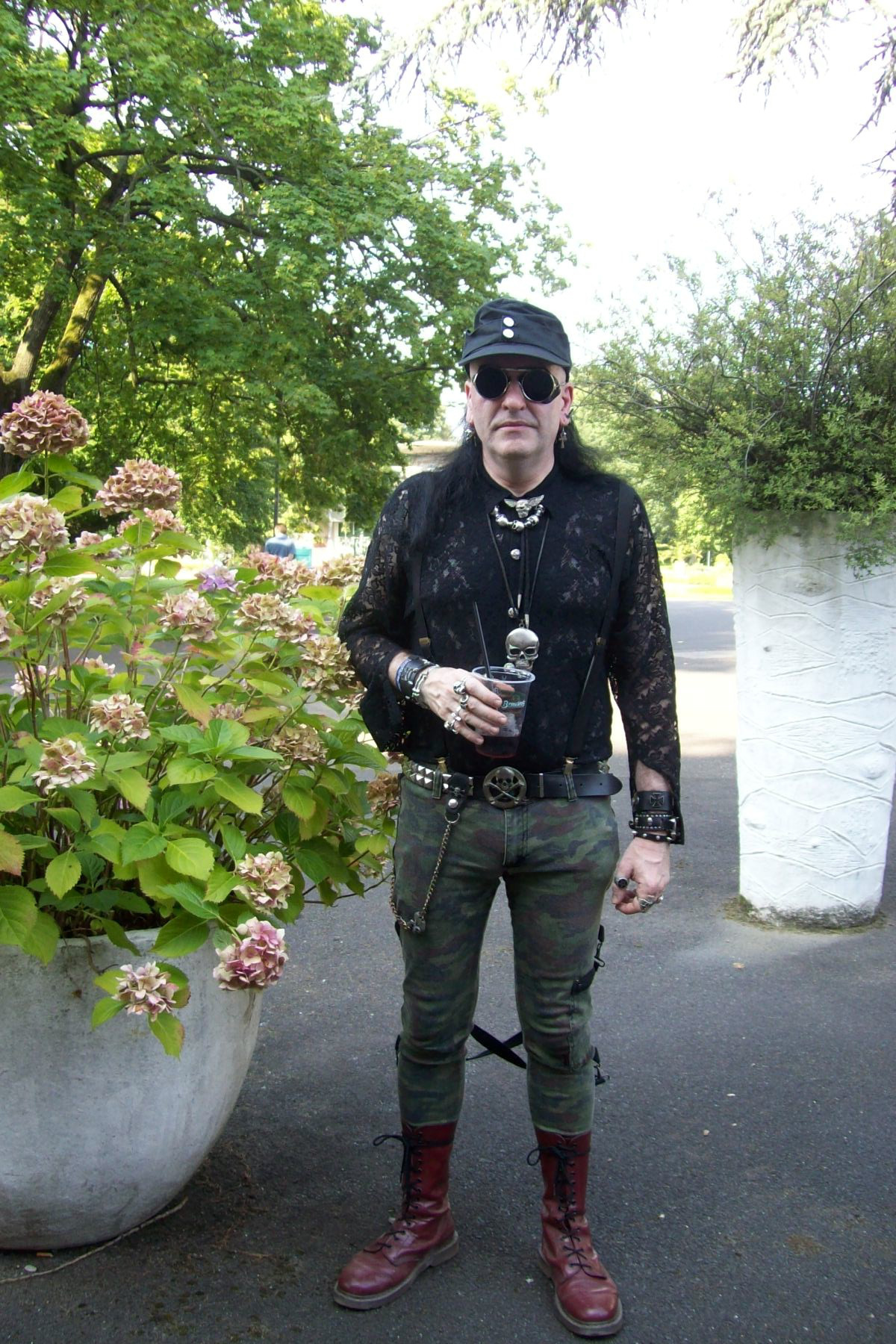 The Highlights for me were great performances from

A great performance from a classic 80’s act, even better than they were in the 80’s. Definately the best quote I ever heard at a Goth concert. ” Hey you! You In The White Shirt! Out!

They just get better and better taking the main stage by storm. Can’t wait to see them again next month.

A surprisingly great performance from the master of New Romantic.

Gave a masterly performance of Mittelalter.

Mono Inc
Had the crowd bouncing.

They have never sounded as good as they do with a guitar and live drums. Excellent! 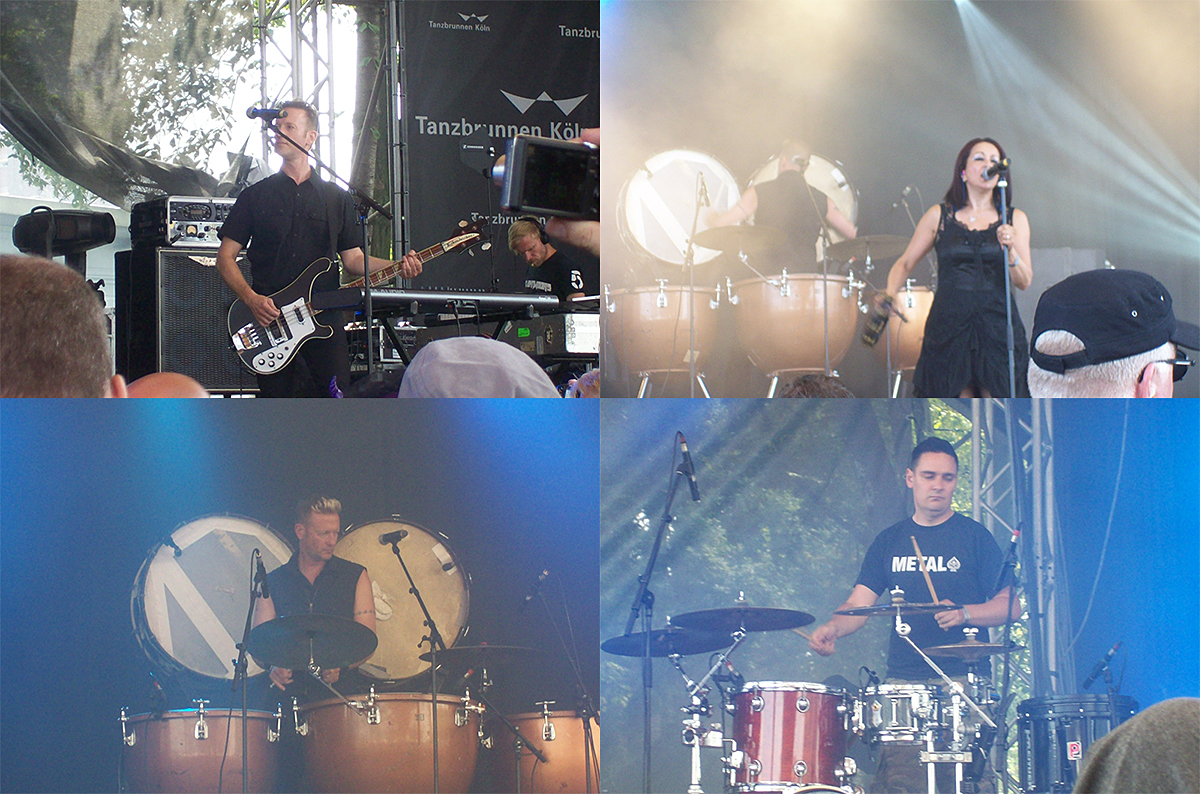