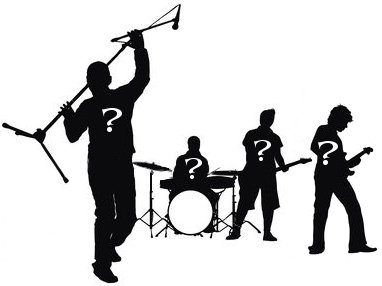 You might have seen the recent article about fake likes on FB, where large bands lost a few 1000’s likes which were found to be fake.

I recently had a conversation with a friend about a page he had seen for a small European postpunk deathrock band who’s likes increased by more than 60 in less than 24 hours and then a further 40 in the next day which followed a decline in likes due to an announcement about a change of singer in the line up.
When they tried to post on the page to query what looked like an obvious purchase of 100 fake friends the comment was deleted and they were banned. If this wasn’t bad enough, the same thing seems to be happening again after loosing 3 or 4 likes they have suddenly gained 20 suggesting they may have bought 50 fake likes.
The person managing the page seems not to understand the effect this has on new bands, as usually an increase in likes on a smalltown band would only follow a post, or perhaps a gig or release of a CD and its promotion.
It’s a very sad day when small bands think likes are more important than writing, releasing and good promotion of their music. It also shows no respect for their fanbase.
So why do it ?
Fan numbers make the page look more reputable, you may feel that when someone visits a Facebook band page, they are more likely to interactor join if they see 641 fans instead of 3 fans. They won’t boost the comments on your page.
The point of fake FB likes isn’t really visibility,its credibility. When music fans, promoters, bookers, etc see a bands FB have a lot of likes they will think the band has a following and is popular.Therefore they are more willing to find out more about them or book them.
Which band are most people more likely to stop and listen to, the one with 50 likes or 650?
However such bands will be found out when they have
played live to a small audience.
So if a poor postpunk / deathrock band gets a gig instead of a talented one with a small following, in time its possible the standard of musicianship and writing will deteriorate as the poorer bands get the attention, and the music heard by the masses will regarded as the scene norm.