FRIENDS OF ALICE IVY – The Golden Cage and its Mirrored Maze 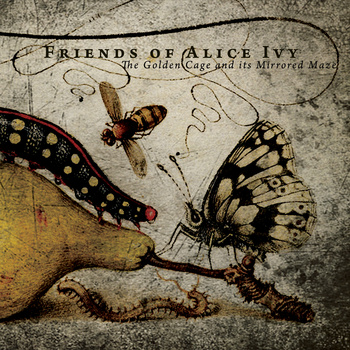 From the ashes of the etheral / darkwave project Ostia came the Australian project Friends Of Alice Ivy a duo of Kylie & Amps. Finally after 2 full E.P’s of beautiful ethereal music which I have featured in my sets and podmixes comes their debut album. The Golden Cage and its Mirrored Maze .
The album opens with The Aerial Mariners – is inspired by Percy Bysshe Shelley. The intro reminds me slightly of Lovice from Forthcoming Fire slowly building into crescendo of elegant ethereal music, great female vocal delivery perhaps a hint of Arcana and This Mortal Coil and newer Dead Can Dance. Wow! Epic ethereal opening. Song Of Lyra – Opens with Dead Can Dance chimes and well crafted classical orchestration that will make the hairs rise on the back of your neck and then angelic vocals flow forth oozing aural please. Nice! Miranda – released as free download single has a strong Cocteau Twins / This Mortal Coil feel with soothingly sweet swirling guitars, maybe a hint of Tamaryn! Love it. False Fox – Very good use of strings which weave a web of atmosphere around Kylies perfect vocals. A very relaxing song with a hint of Arcana/Hekate.Great! 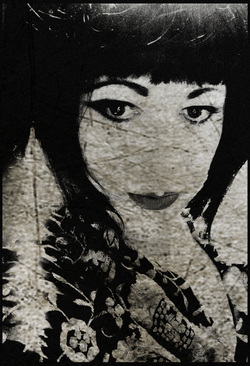 The Sky Of Bright Unfoldings -has a very chilled out ethereal feel to it a bit like slower Collide tracks. Love it! Igraine – Opens with sparse harp strings that dance around angelic vocals before further strings add a darkened edge of melancholy. Building in almost classic Dead Can Dance crescendo of musical magic. Breathtaking! Oars Under Glass–
More deft strings give way to a song which has almost a hint of U2’s October in it’s atmosphere but far more beautiful and haunting in it’s delivery building into an enigmatic ethereal ending Love it! Song of The Willows – has a strong neoclassical feel with some great ethereal guitars. Great ending to a Great album! 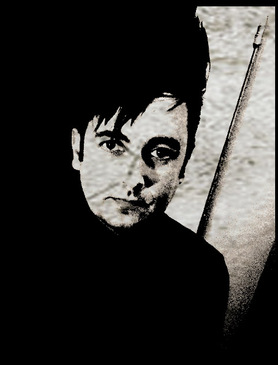 An exceptional production job has been done by Adam Calaitzis the producer of several reelease from Ikon.
Friends Of Alice Ivy would make the perfect performance At The Schauspielhaus in Leipzig during the WGT. Let’s hope the organisers make this choice!
What a great album which I strongly recommend for fans of Dead Can Dance, Jocelyn Pook, Gothica, Arcana, Lisa Gerrard, The Cocteau Twins, Neoclassical, Darkfolk, Neofolk, This Mortal Coil, Anna Von Hauswolff, Hekate, Ordo Rosarius Equilibrio, Tamaryn, Cold Meat Industry, Zoar, In The Nursery, Collide Ethereal, 4AD,- Get your copy from http://friendsofaliceivy.bandcamp.com/album/the-golden-cage-and-its-mirrored-maze