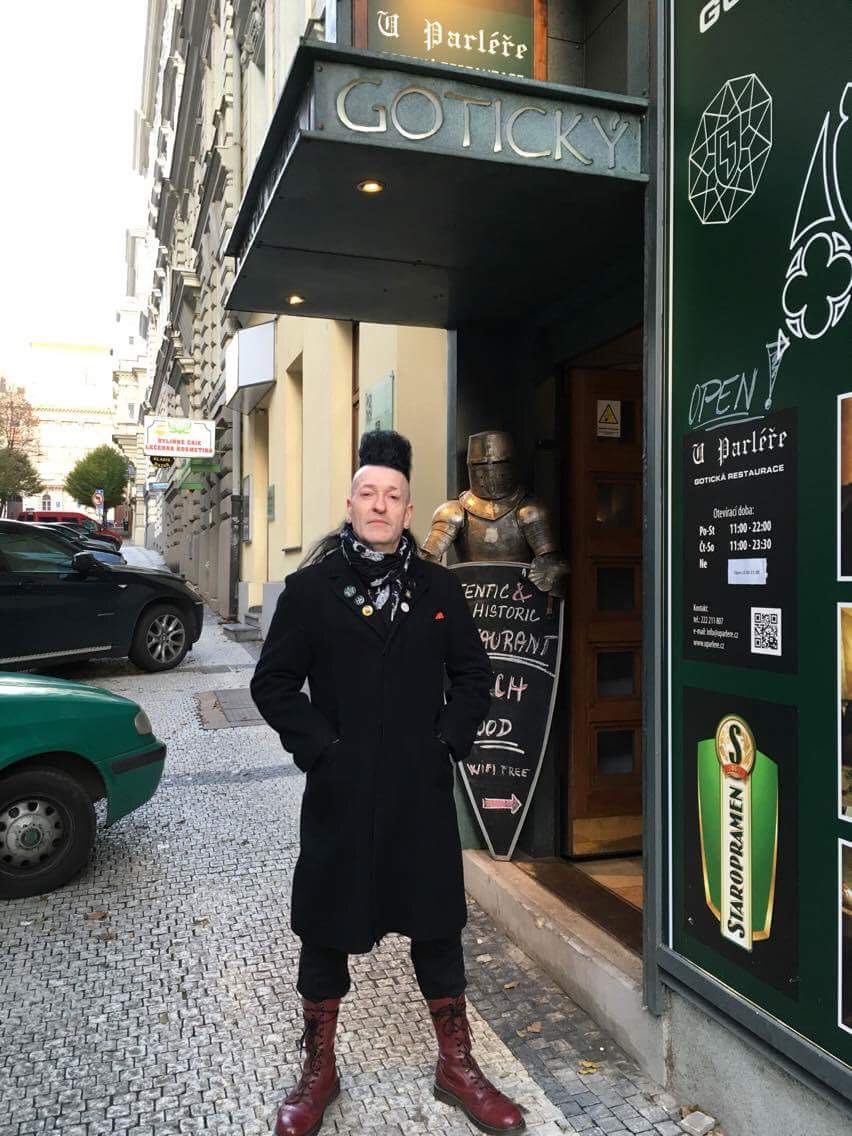 On 20th November I returned to my favourite city to see my favourite band Killing Joke live again for the third time in a month. Before the gig I went to the Goticky Restaurant for some traditional Czech food 😉 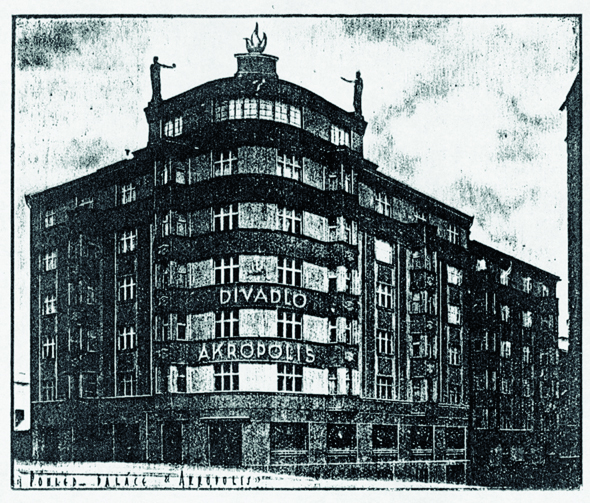 The gig was at Palác Acropolis which was designed by Rudolf V. Soboda in March 1927 it was supposed to be a massive house including a cafe and Theatre hall, however during the economic crisis it was sold the the department of burials and cremations. It was reopened on 23rd January 1928 when it was hired by the Prague comedy theatre.

After February 1948 the theatre was closed and the house served as a storehouse and an eating house. In 1991 the house was bought by Žižkov theatre and music agency and with help from the Pražská pětka fund the restaurant was reconstructed and reopened. Theatre hall went through a huge reconstruction too and to the theatre programme also concerts and other cultural events were added.

It was nice to have a local support band for the night Insania rather the than the manson like Death Valley High. Their fans were quite lively and entertaining to watch during their set. An old band with a mix of punk, metal with an 80’s MTV feel 😉 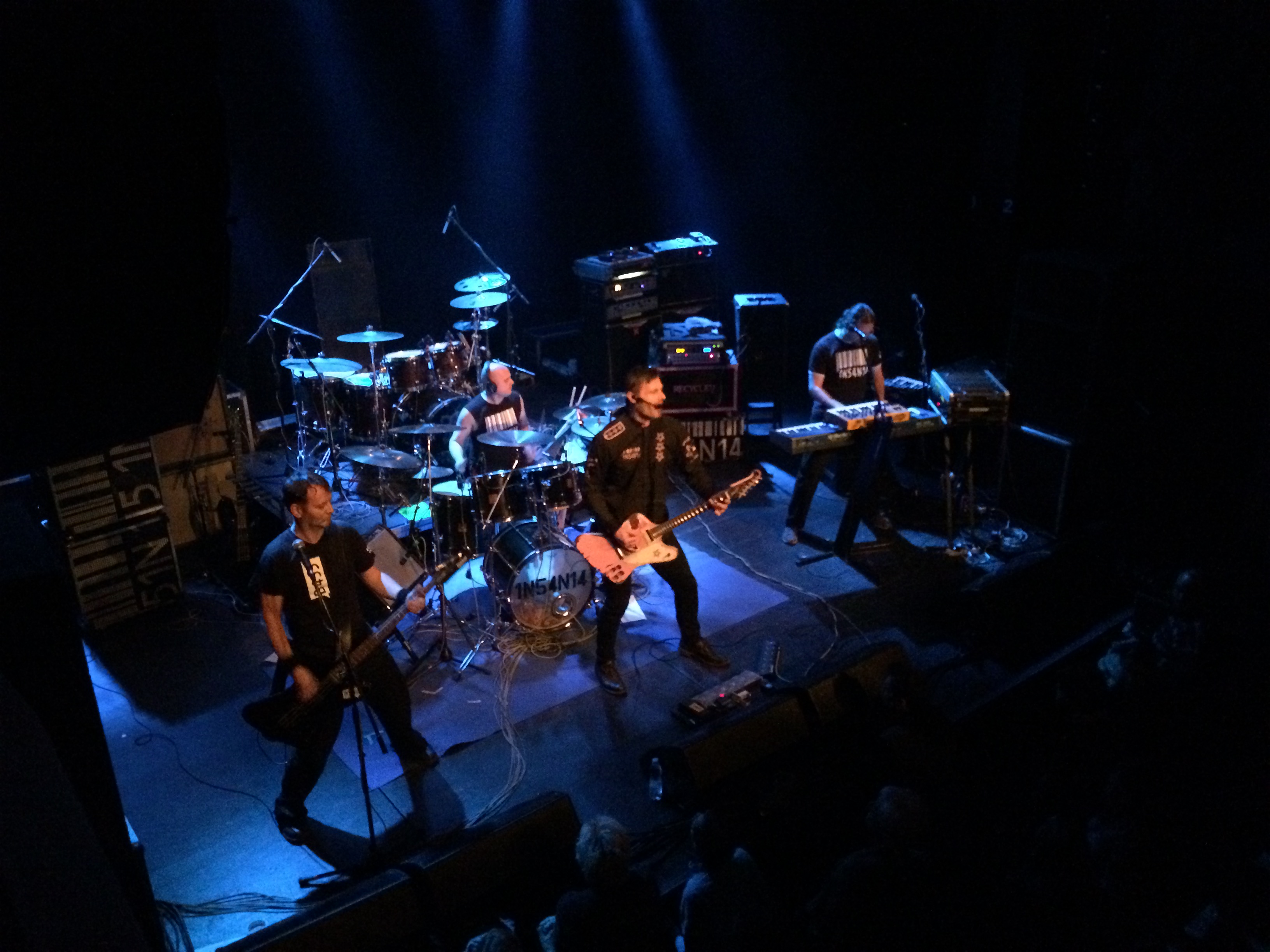 I had a good idea what Killing Joke might play as the set they played at Fibbers in York on 3rd was by far the longest set of the tour as it was a warm up for the tour. I preferred it to the gig at Colchester arts centre despite it being a better venue than York. 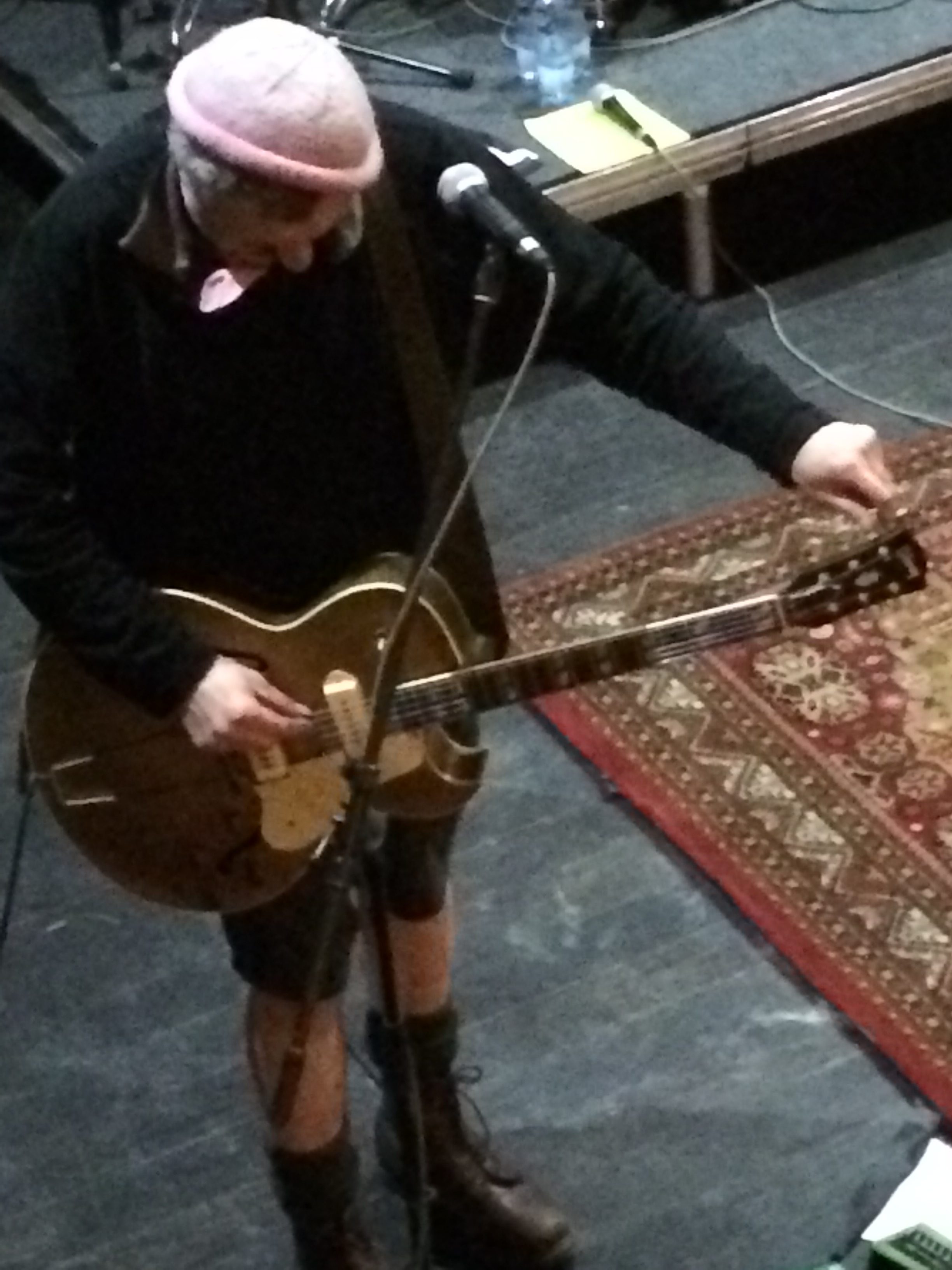 Diamond Dave setting up Geordies guitar 😉 The set kicked off with The Hum. Jay reminded the crowd the last time they played the Akropolis it was with Raven before going into Love Like Blood which had the crowd going nuts with the band clearly enjoying the love coming from the audience;) 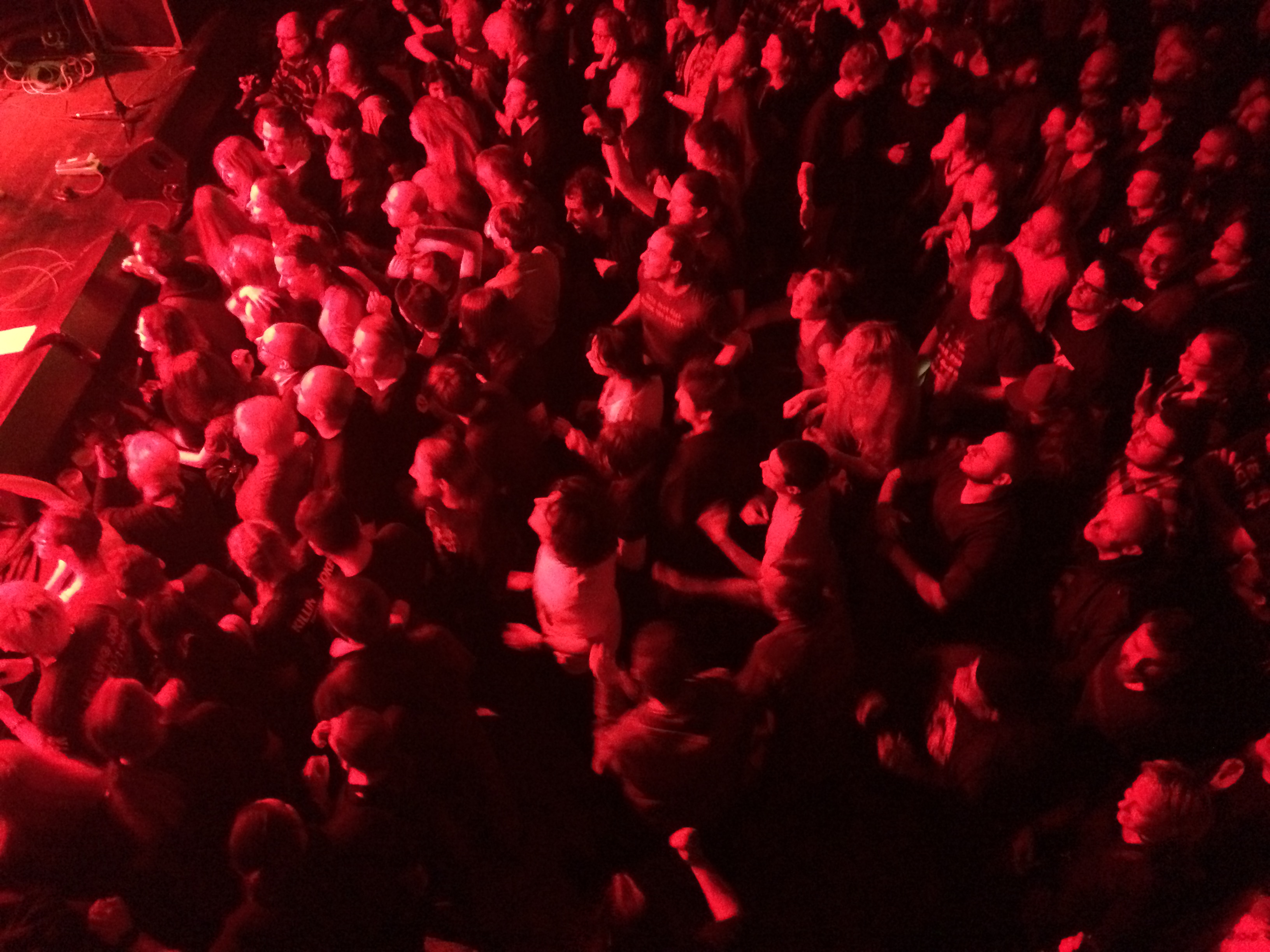 Eighties followed with the rapture amongst the crowd still growing. Autonomous Zone like all the tracks from Pylon easily rub shoulders with the old classics. 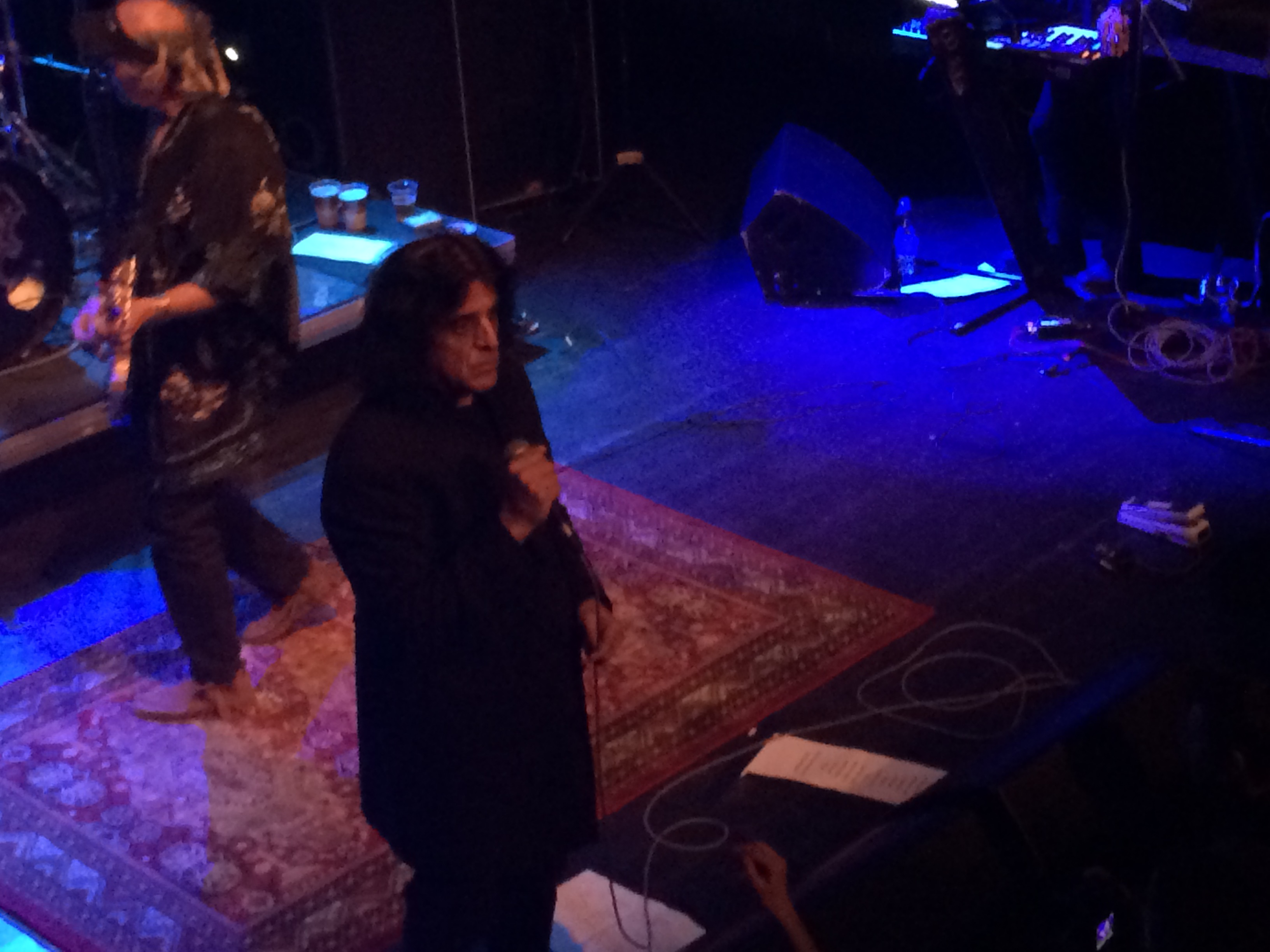 New Cold War is definitely one of my favourites although sometimes it doesn’t always sound it’s best live. Tonight it was exceptional 😉 Exorcism,Requiem, and Change went down a storm with outbreaks of crowd surfing. 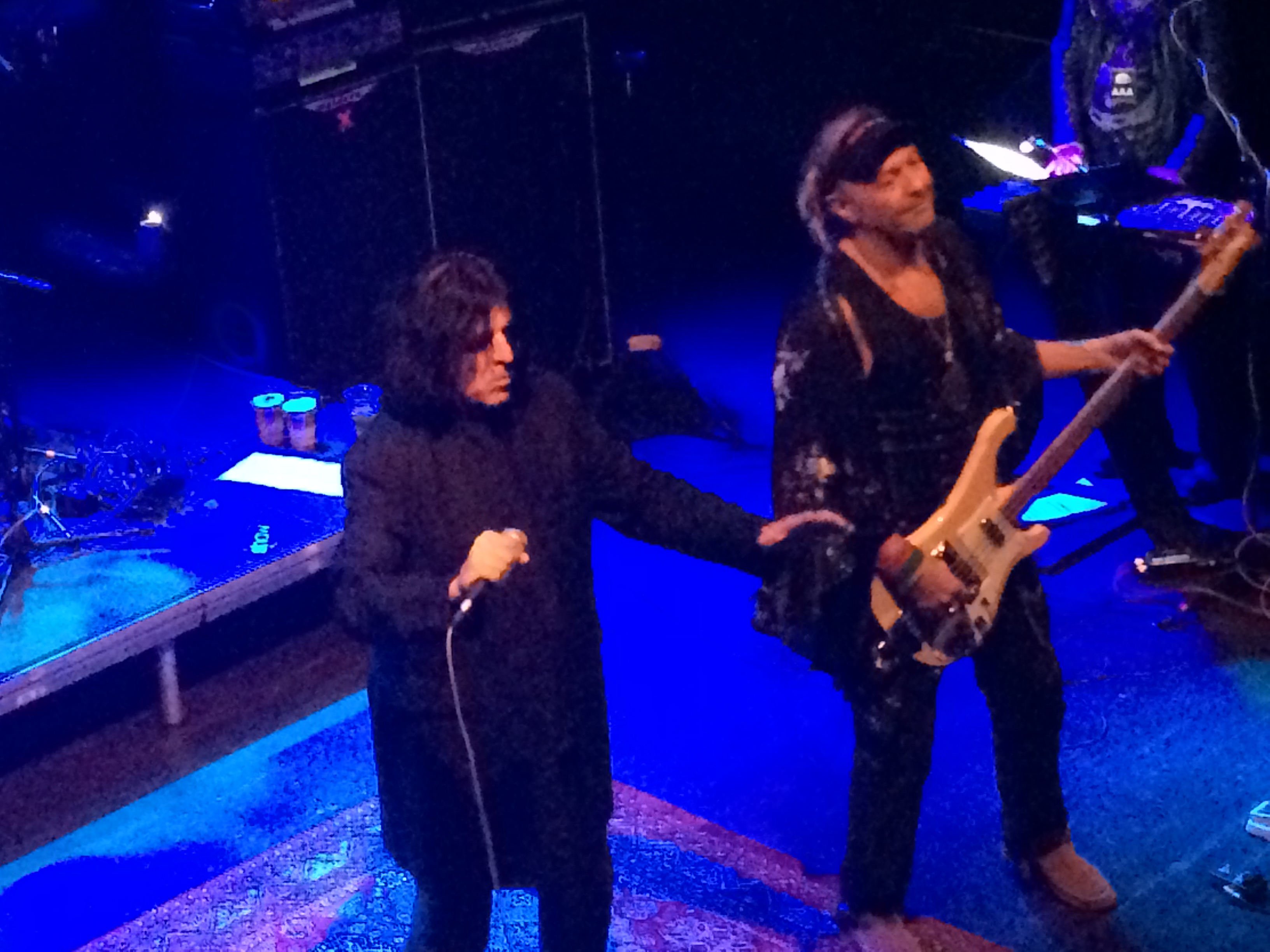 Turn To Red followed still a classic since its release in 1979. European Superstate is a great inclusion in the set and the crowd reaction says it all!

I Am The Virus – and there is some stage diving as the crowd goes into a frenzy and the band just feeds off it
Complications – Another inspired choice as still sounding great live! 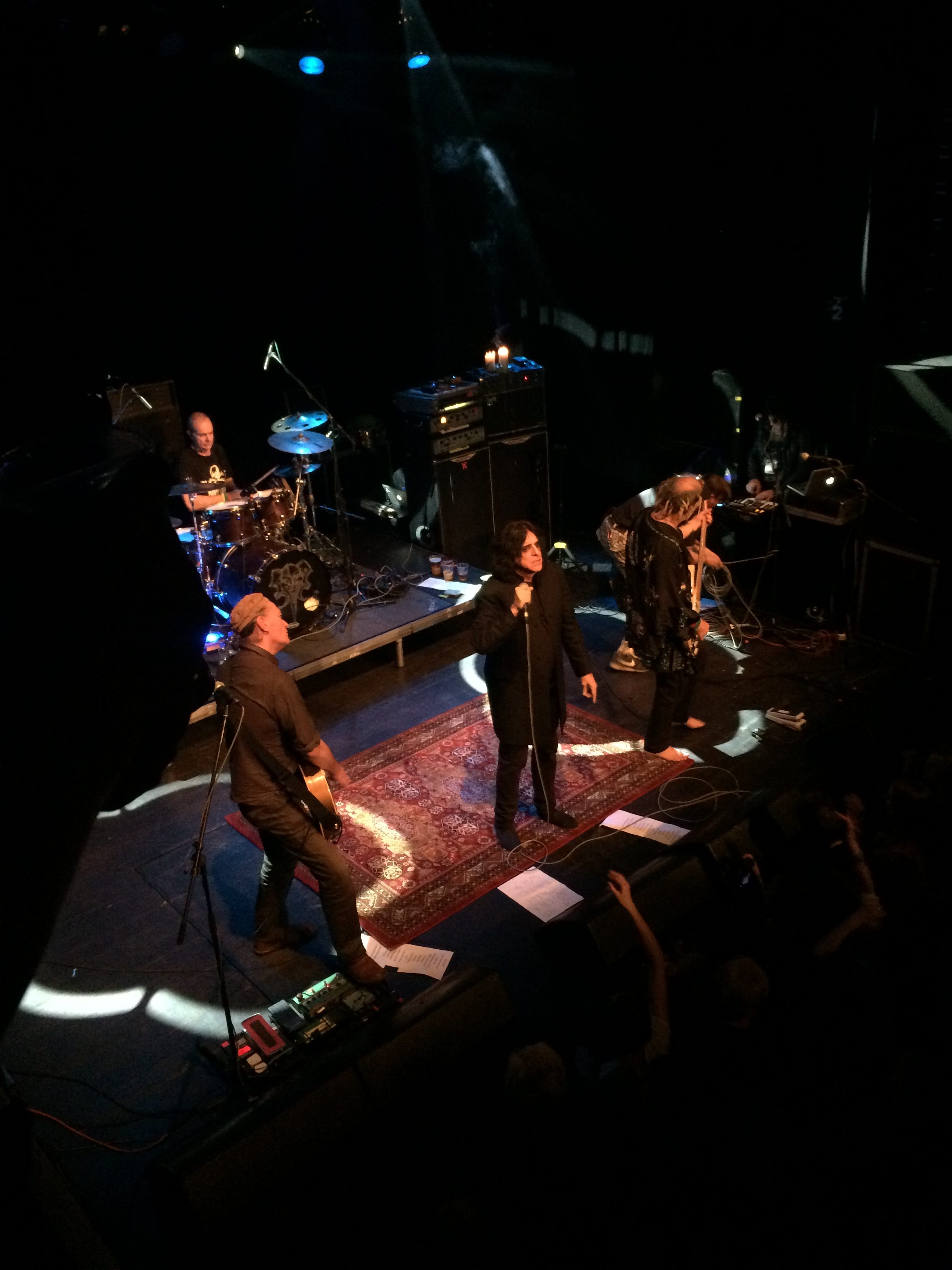 Unspeakable – Big Paul shows he has lost none of his drumming skills which make him one of the best drummers of his generation drumming today as feverishly bashes out the tribal trim cry!
The Wait and Pssyche bring the set to an end with a bang! 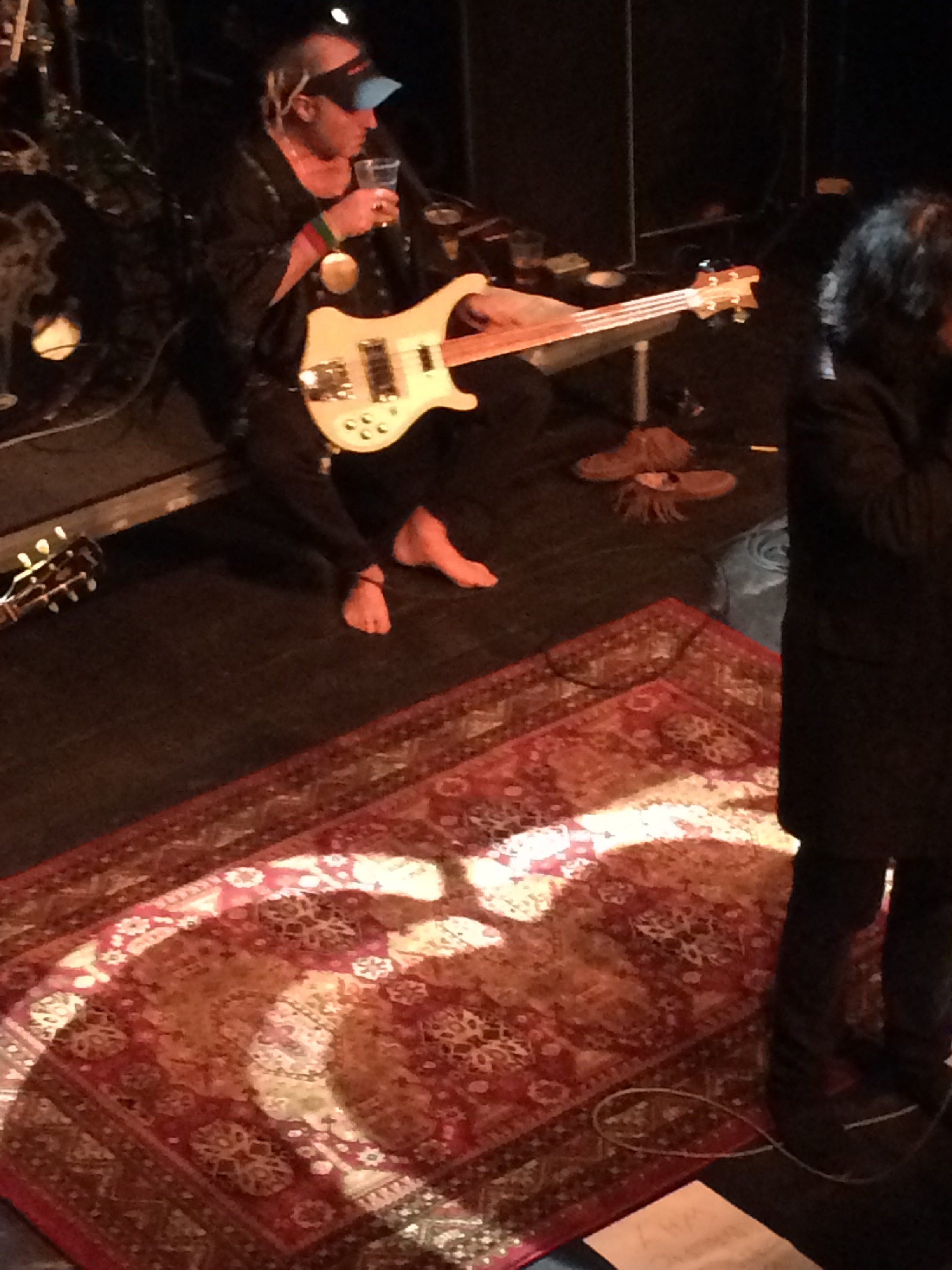 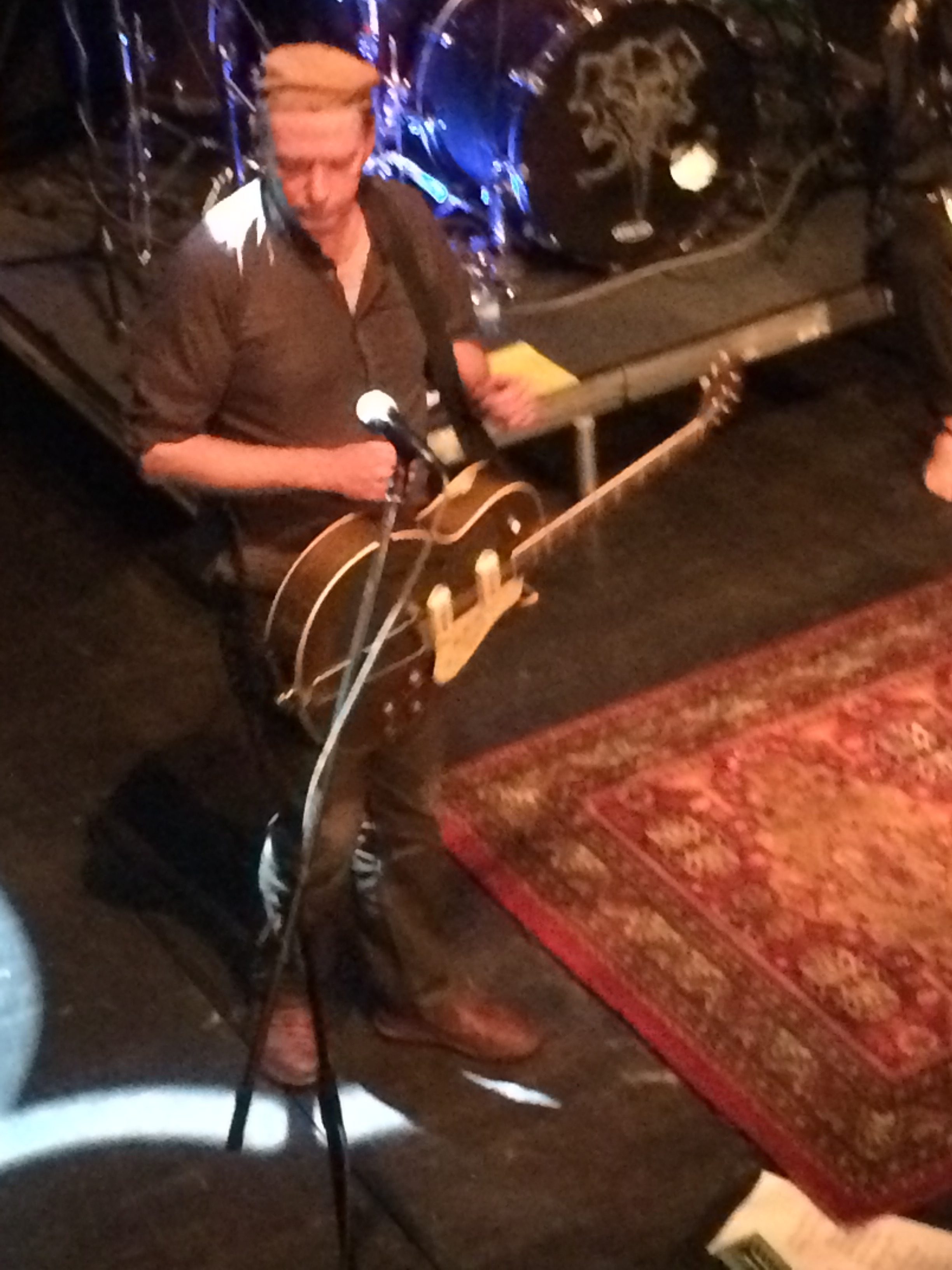 Joke take the stage for their encore kicking off with The Death and Resurrection Show and ending with the anthem which is Pandemonium. Despite no Wardance or Empire Song what a great gig. The band really enjoyed this gig as much as the audience did. Great sound and good view. Well worth the trip 😉 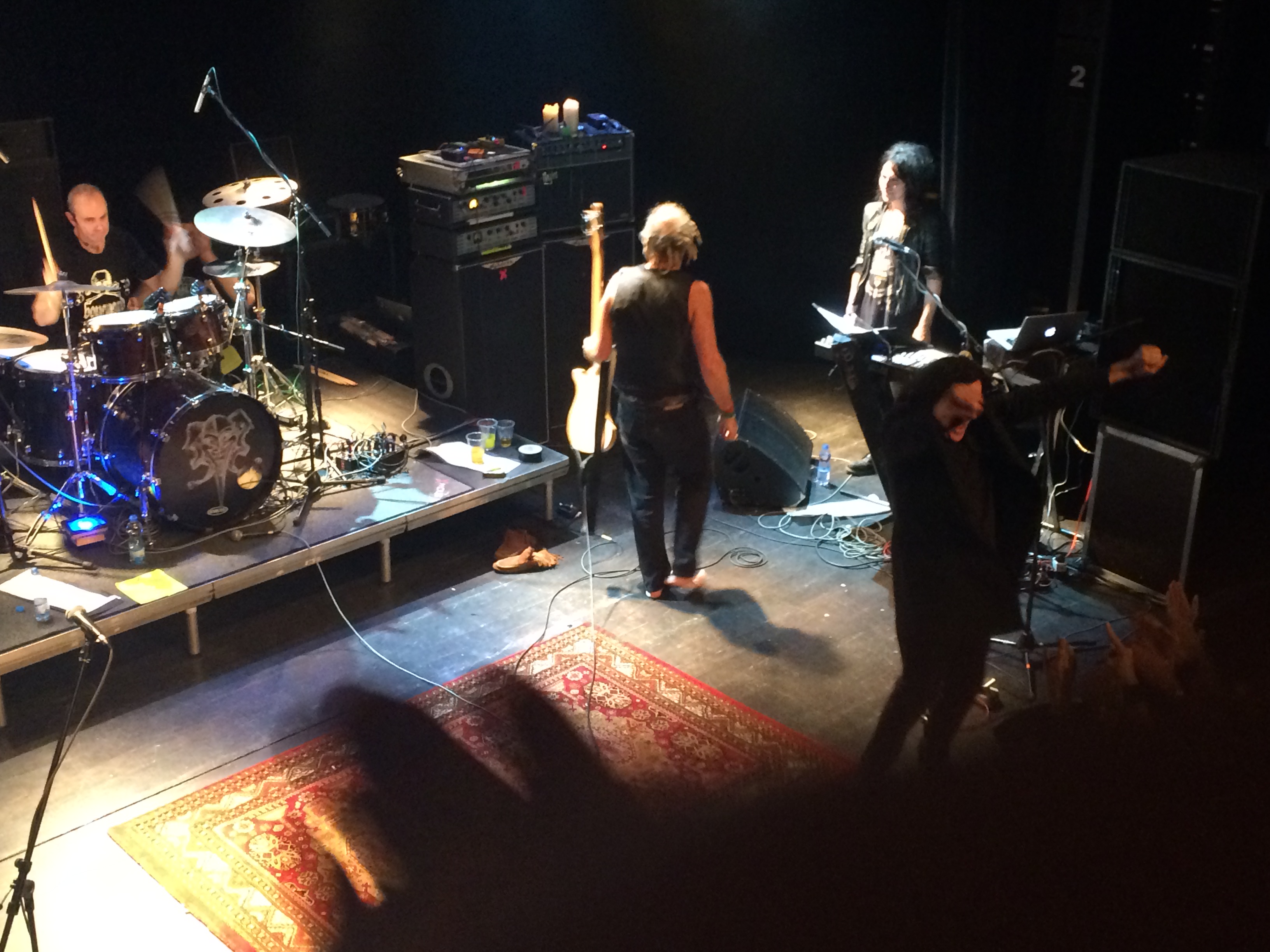 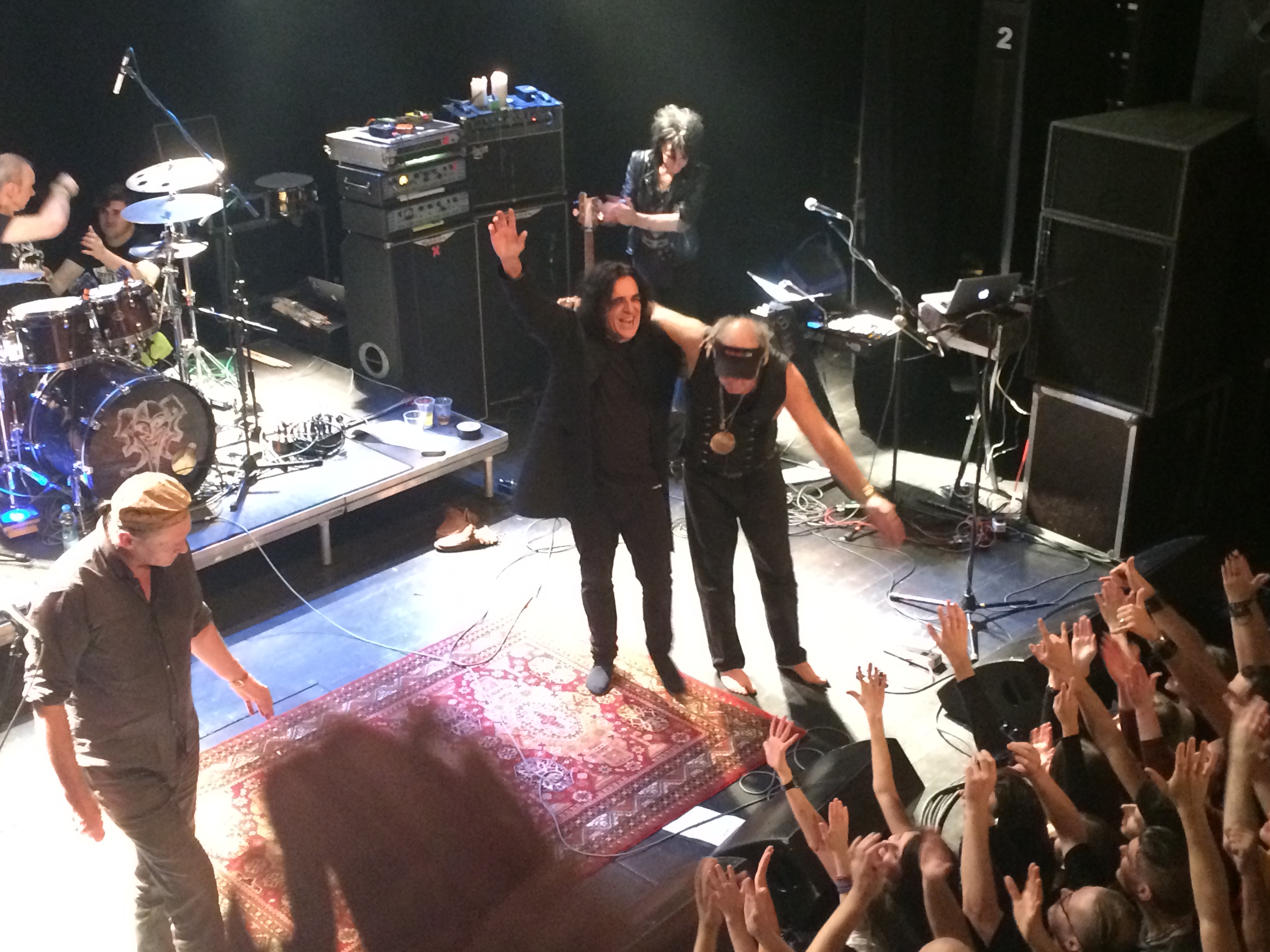 Jaz having great night ;). The gig was over too soon. I managed to pick up a signed copy of Live in Brixton and headed out into foggy Prague night. Looking forward to the next Killing Joke gig 😉 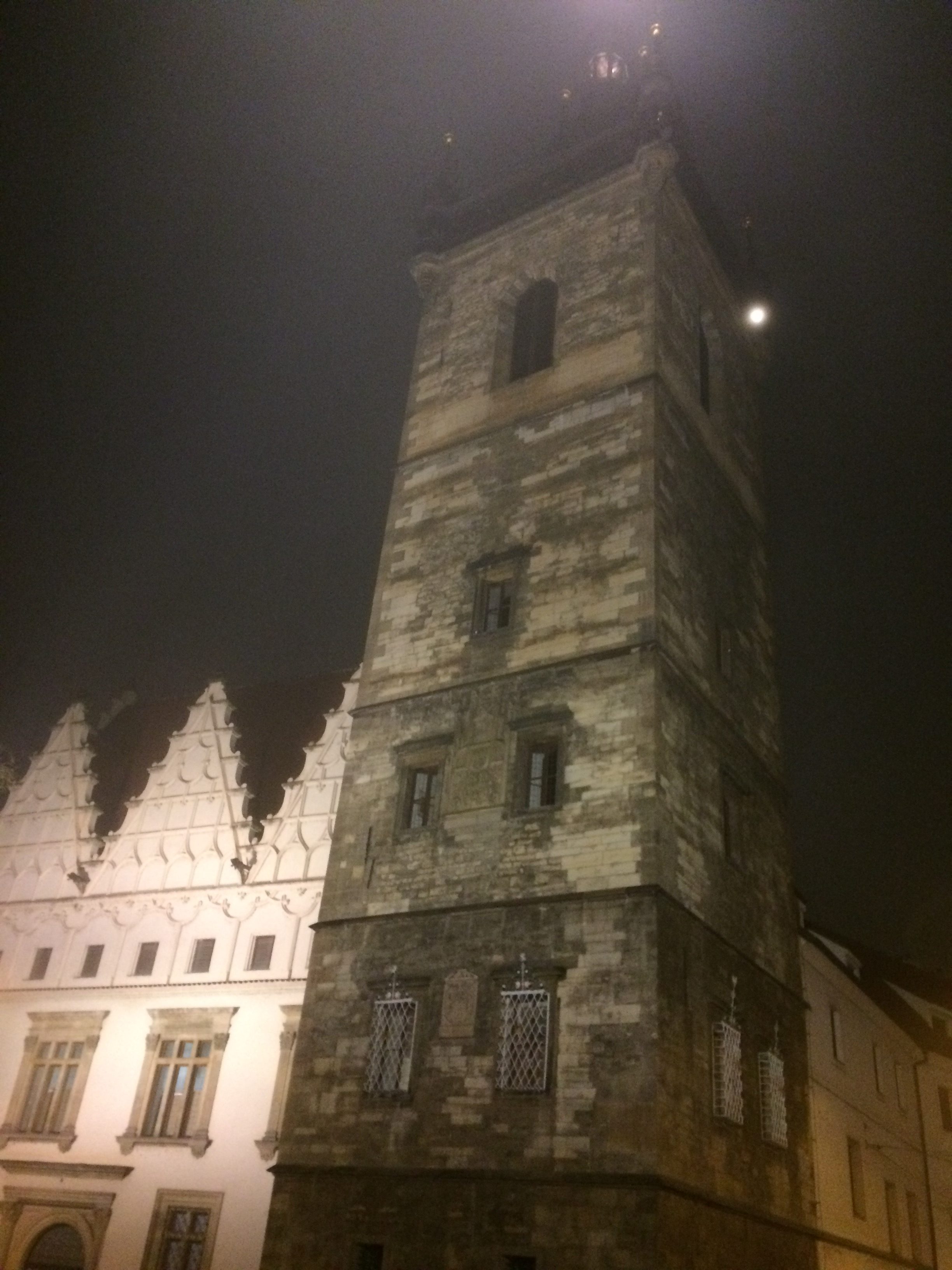