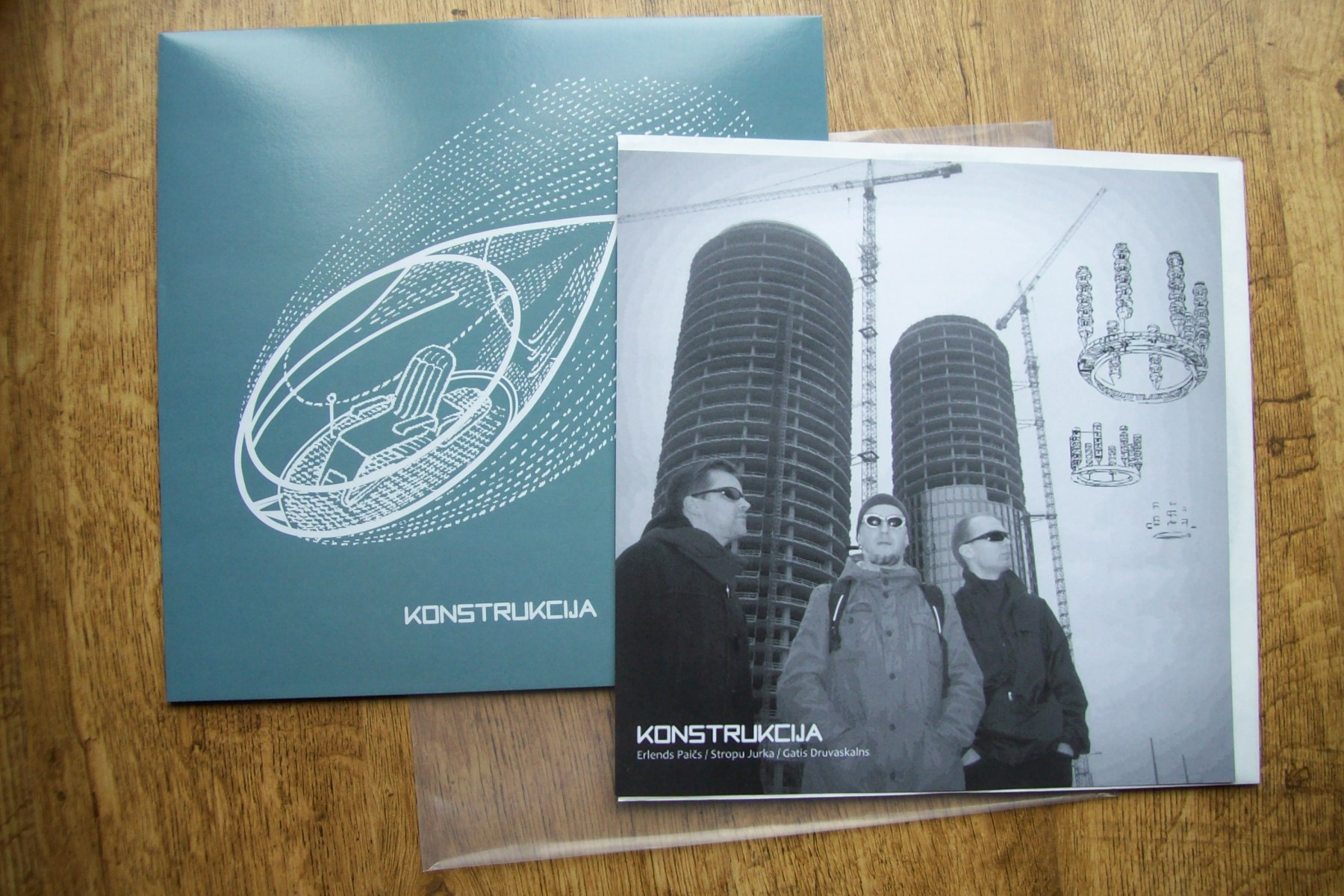 The Latvian band Konstrukcija have had their debut album of the same name released by Brouillard Definitif and Les Sons Paranormaux. They have unearthed yet another jewel this time from the rich seam of Eastern Europe.The album has hints of Kraftwerk, Tangerine Dream, John Carpenter shrouded and draped in a sparse haze of coldwave/minimal synth which sounds like it came straight from the 80’s!
Another nice vinyl release as above. Stand out tracks on the album are Nākotnes Arhitektūra with it’s fusion of John Carpenter and Coldwave a minimal classic! Jaunceltne a mix of Kraftwerk and maybe a hint of Editors -Eat Raw Meat. Great! It also features a fantastic cover of a coldwave classic from Ruth – Polaroid/Roman/Photo. Love it!

Konstrukcija will be playing select dates across Europe this year so if you get the chance go see them !

Get your copy from