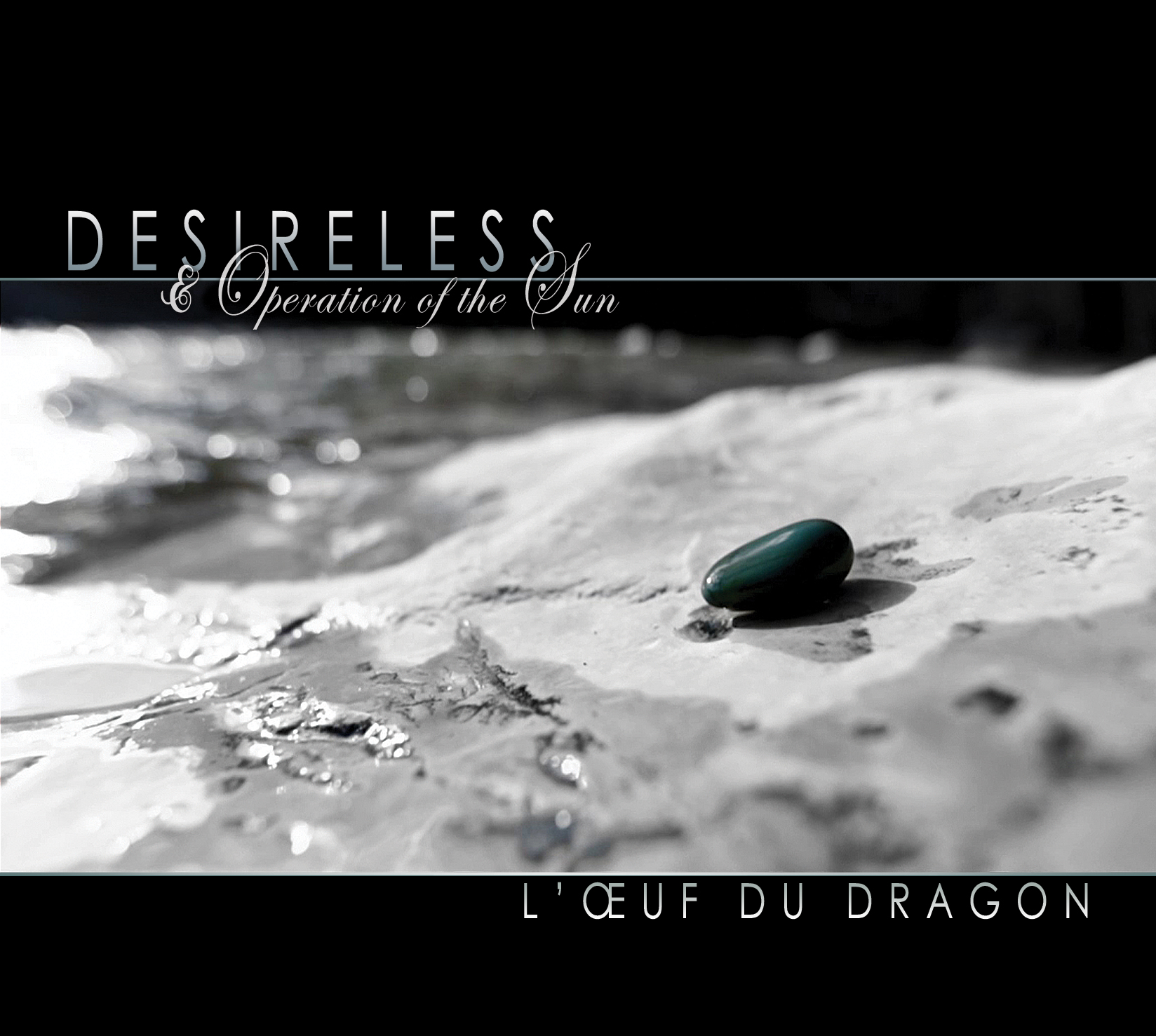 It’s a brave step when an 80’s music icon reignites their love for creating music, fusing it with modern style, and reaching for a new audience. While John Foxx has been doing just that with The Maths in the UK, over in France 80’s Diva “Desireless” has formed the perfect partnership with “Operation Of The Sun” (aka Antoine Aureche) and with their debut album “L’Oeuf Du Dragon” they have given the 80’s alternative a good kick up the backside to once again scorch the dancefloor in 2013 and beyond!

The album opens with a bang with the track Sertão which is destined to be a massive smash on every dancefloor, great vocal delivery, polished programming electro synth perfection. Le Sel sur tes Mains continues the rich vein of electronic excellence with an updated 80’s elegance and guitars which drive this dancefloor filler track. Before a breath can be drawn we hurtle into Joue a gothic harpsichord fits like a glove around the electronic fist that thumps this song along. Exceptional vocal delivery again which sounds as good if not even better than it did in the 80’s! Uchronia 2012 is yet another hit in the making, very catchy has a hint of “And One” when they were at their height should be a big smash in Germany and everywhere else!

Next we have a couple of reworking of classic “Desireless” songs from the 80’s. John has become a slower,deeper atmospheric electro ballad compared to it’s former 80’s alternative pop perfection. The new version is for me better than the original. Great production and mix! Next comes the updated version of the biggest hit from “Desireless” “Voyage, Voyage”. The song originally was released in 1986/87 when it reached No1 in most countries but only made it to Number 53 in the charts in the UK. This isn’t totally surprsing as I am still discovering bands from overseas which were neglected in the UK during the 80’s due to the wealth and choice of alternative music in the UK at the time. I only saw the original video of the song after a recommendation from a friend but last year it became popular on the dancefloor when I played it as a DJ.
The song is still an anthem across Europe and in France. So how does it compare to the original? Starts with an updated tapestry of electronics and a powerhouse kickdrum, Vocoder like vocals and muted guitar give way to the familiar powered up, chorus with an extra epic feel. For me this version stands shoulder to shoulder with the original, but because of the updated and powered up mix this will become a huge smash wherever it gets played. The great guitars set it afire!
Les Petits Poissons is a atmospheric interlude which tranforms into the remix part of the album which features remixes of the excellent new songs. The pick of the remixes are Sertão (Oil10 rmx) has an athemnic dark electronic feel which should pick up a lot of play, Le Sel sur tes Mains (BAKXIII remix) and Sertão (People Theatre rmx). The other remixes Joue (stolearm remix) and Sertão (electrosexual rmx).
It’s always difficult to make a better remixthan the original version of a great song. I’m sure Desireless & Operation Of The Sun will raise the roof on wherever they play live, and it will surely be a highlight at this years Wave Gotik Treffen in Leipzig. If you like dancing buy this album and demand your DJ plays it!