NEAR EARTH ORBIT – End Of All Existence 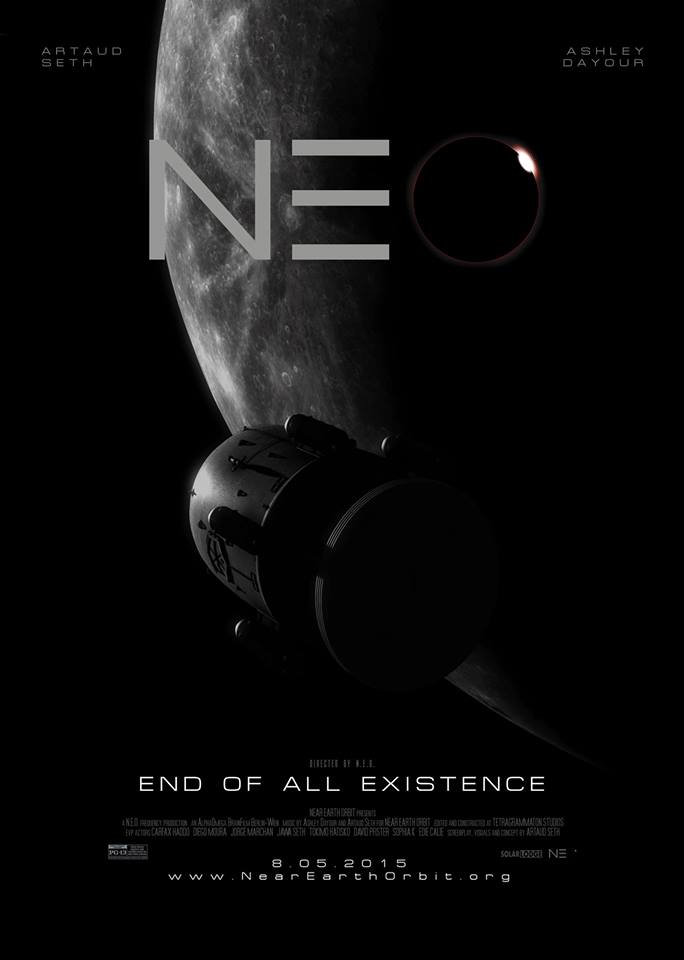 If you have ever wondered what you would get when two dark musical worlds collide here lies the answer in the meeting of Ashley Dayour ( Whispers In The Shadow/ The Devil & The Universe) and Artaud Seth ( Garden Of Delight/ Merciful Nuns). Near Earth Orbit unleash a dark brooding, thought provoking album about the threat to the earth from space or another civilisation in the vast endless void of space. The album comes in an futuristic Sci-Fi digipack with epic gigeresque / end of the world images. The Ltd Edition comes with a booklet about the concept behind the album and access via a download code to 3 additional remixes of tracks featured in the main album.
The album opens with The End a menacing soundscape which reminds me of the TV series U.F.O that drifts into orbit around a hyper driven bass with a hint of F.O.T.N and pulsing ritual drums with Artaud’s vocals hang like a haze around the supernova sonic guitars mixed beautifully with samples, and an air raid siren. Great opening track – live this will be mind blowing! Abandoned World is possibly the best new Gothic Rock song I have heard in the last few years. A Damn infectious song. This will beam you to the dancefloor. I could play this until the earth stops spinning! Love it!

The Warning has a very nice ritualistic start, blistering sun searing guitars some of the best Ashley has ever done and Artaud’s apocalypse laden vocals keeps the monolithic momentum pulsing through the depths of space. Great! Observing The Sun – starts with a nod to Pink Floyd and captures perfectly the soundscape for the threat from intense heat of the sun. Great! Them– If The Edge, John Carpenter, The Devil & The Universe and Artaud were marooned in space, and they could make one song before the air supply ran out this would be the result. Love it! Heat Death – Gothic Rock cranked up to 11, a photon torpedo for the dancefloor! Epic! Taken -would make the perfect soundtrack for the invaison scene from Chronicles Of Riddick an epic siren for pending desolation! Anybody Out There – brings the album to a close, the perfect gothic soundtrack for the sci-fi blockbuster that never was. Stunning!
The Bonus tracks are The End (Transmitter mix), Heat Death (ionised remix) and Abandoned World (nucleus 2).

To get your copy of this great album visit