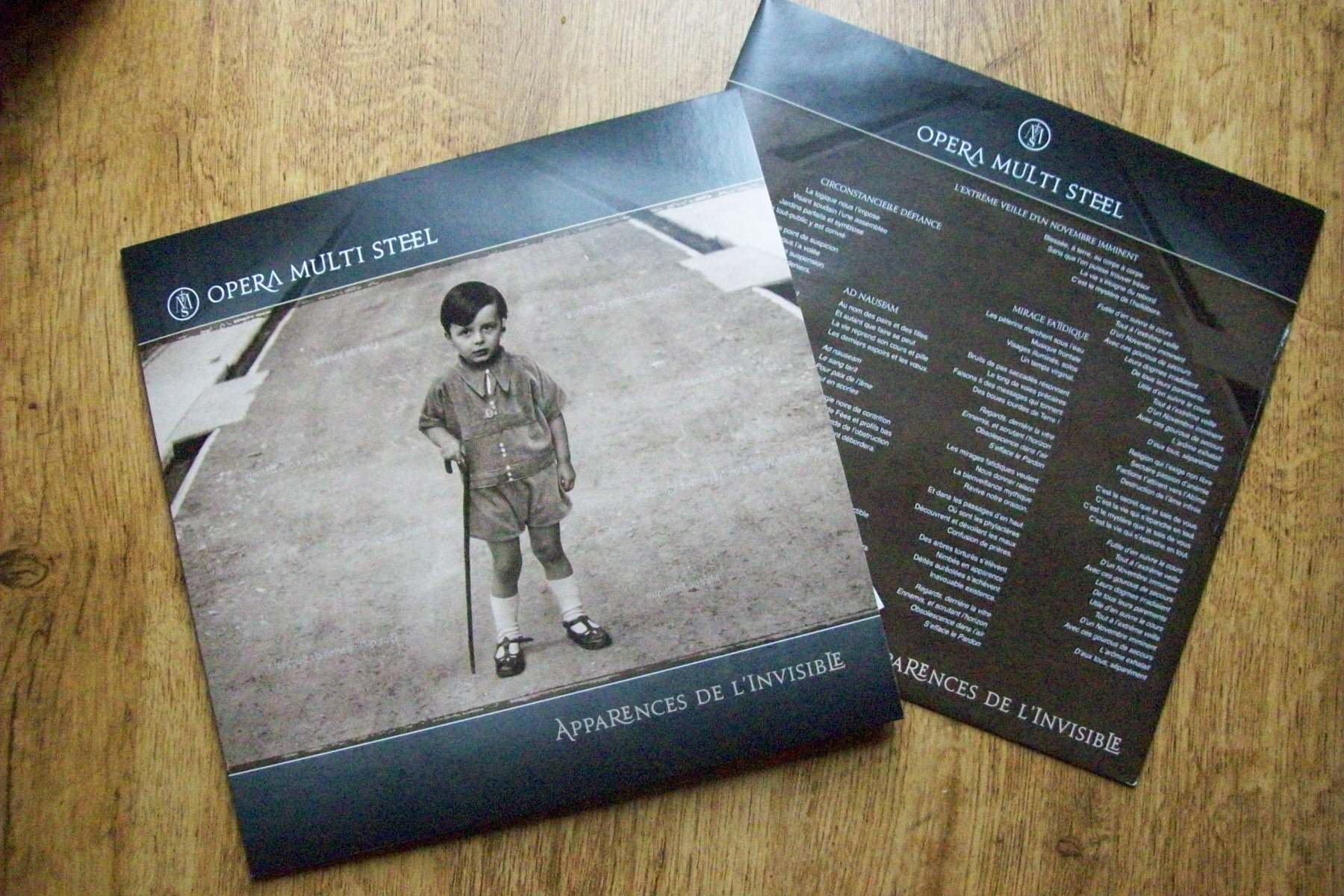 The lastest opus from Opera Multi Steel – Apparences De L’Invisible was released on vinyl with a digital download. Following hot on the heels of their excellent Melancolie En Prose OMS had a challenge in following such a great album!
Side one opens with Circonstancielle Defiance which is beautiful collision between coldwave and mittelalter renaissance music and will work well on the dancefloor with fans fans of either genre. Angelic! Ad Nauseam slips back into classic coldwave and captures the infectious spirit of their previous album and will ignite the dancefloor. Love it! L’Extreme Veille D’Un Novembre Imminent – has all the charm of their early works with added female vocals. nice! Mirage Fatidique continues the beautiful fusion of coldwave and mittelalteresque music which will appeal to fans of Qntal, Helium Vola and early Die Form. Breathtaking!
Side 2 opens with La Air D’Verseau which will again appeal to fans of mittelalter and coldwave, reminds me of a coldwave O Quam Tristis. Masterful! La Voie Des Defunts – will appeal to fans of coldwave and neofolk. Darkly atmospheric and a hauntingly beautiful composition! Infini Sideral -sees a reintroduction for the need for speed with the classic pumping OMS bass driving this sparse coldwave classic which will be another hit on the cold dancefloor! Love it! Plus Qu’Imparfait Du Suggestif – If you could imagine The Cure trying to play coldwave it might sound like this musically. A Dark downtempo funeral delight!
This is definately an album which you might need to play a couple of times to appreciate its full coldwave addictiveness and yet another musical masterpiece from Opera Multi Steel that will cast a cold shadow across the world of dark music. But it now!
A definite must for the line up at The WGT in Leipzig 2015.