When talented soloists Matt Howden (Sieben) and Jo Quail first appeared together on the same bill at the Lantern Theatre in Sheffield and played a couple of pieces together such was the magnificience of the performance that it was agreed they should try, and find time to write and perform together and so RASP was born.
Over the course of two days in November 2013 they would come together to write, then perform live at the Lantern Theatre Sheffield and then record a debut album before a live audience at Club 60 Sheffield.
The album opens with Breathe which conjures up the turbulence of the sea, a storm across a vast landscape, dark clouds perhaps casting their shadow across the land, early black and white cinema, circling violins swirl through the depths of epic cello. What a fantastic track! 1pm -The perfect blend of musical emotion and depth which showcases their exceptional talent at looping their instruments on a par with any clasical piece of music thats makes the hair of the back of ones neck rise with the feverish expectation of musical stimualtion of the senses! Rain Falls -based round a dialogue about rain shows what can be achieved when you are not scared to innovate and experiment. Great! Dark Blue – an almost perfect musical dreamscape. Song Of Strings – sees an injection of looped tempo whilst the violin and cello duel for control of the song and Matt’s vocals crown the perfect performance. Inside & Beyond – Has a monster of a bass beat which is sliced and diced by great swaives of cello and seething violin. This will resound around every nook and crannie of the aural cannals, great vocals again add to towering pyre of frenzied fired sound. Love it!

Sing For All Your Worth – has a somehow soothing and calming feel. Green Map – a beautiful pairing of Violin & Cello. Psychic Experience – blends a psychic dialogue with a suitably disturbing musical soundscape. Nice! Lost In The Red Light -The previous track drips into the last track before a monster of bass beat appears which summons the dual infernos of cello and violin which can only increase the depth and intensity of the red light! What a great debut album from RASP which will not only be a hit with current fans of Matt Howden & Jo Quail but will reach out and find new fans who love Violin, Cello and unique classical music composition and interpretation. 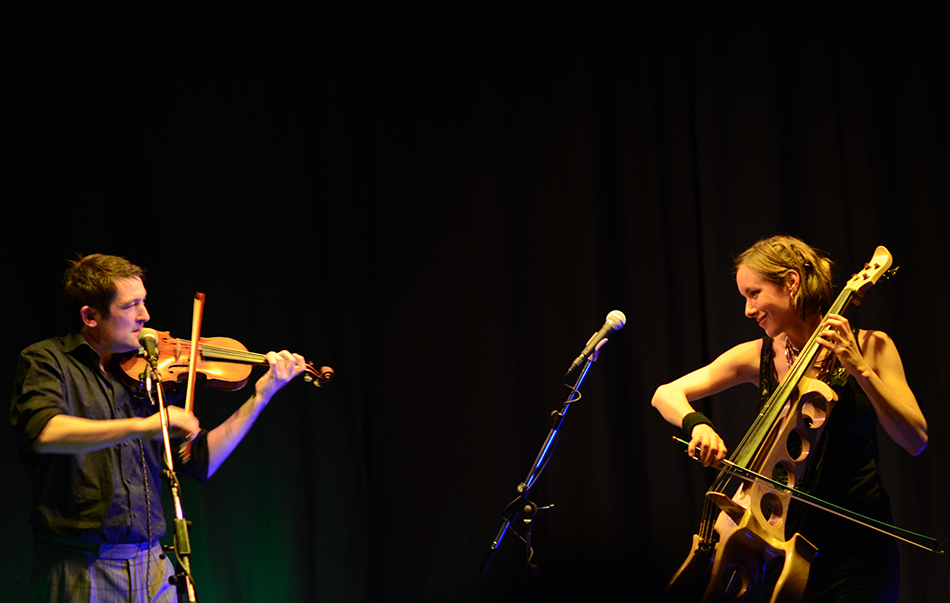