The DªRK and CºLD Sounds of The Blog That Celebrates Itself

The DªRK and CºLD Sounds of The Blog That Celebrates Itself – is a great compilation from a Brazilian label and Blog which shares with me a similiar passion for promoting and sharing awareness of great new music & bands.

The compilation is made up of mainly new bands covering well known songs from the UK, Australia and Brazil.

The opening track  is an exceptional cover The Cure’s “Cold” by Ars Phoenix. Outono by Violeta De Outono is covered by Bela Infanta – sung in Portugese has a hint of classic Cocteau Twins mixed with This Mortal Coil with a sprinkling of Mary Goes Round – lovely. Next comes a cover of The Chameleons “Second Skin” by The Underground Youth – minimalistic ethereal vocals and guitars replace the intensity of the original but it works well in a classic cover. Reptile by the Church is covered by Poemas De Maio. One of my favourite songs by The Church features female vocals and a very nice musical arrangement. The most familiar track on the album is the cover of Nine While Nine (Sisters Of Mercy) by Sleepmask. Better vocal delivery than the original, a bit more indie sounding but at the same time more dark than the original. Love it! Gregor by Kafka is covered by Ecos D’Alama. Sung again in portugese reminds me very much of avantgarde 80’s like Kissing The Pink, Test Department or The Mobiles.

Next comes a version of She’s In Parties(Bauhaus) by Blacanova – the female and male vocals work really well together to produce very good alternative sounding cover. Wide Receiver (Sisters Of Mercy) is covered by Jardim De Silencio sounds a lot better than the original! Disorder (Joy Division) is covered by Bloody Knives with a lot more distortion than the original whilst still keeping the backbone. Great alternative version ! Hermetic Delight produce an exceptional cover of The Cure’s – The Funeral Party. Great female vocal delivery and a frenzied up tempo version with driving guitars totally outshine the original making a good song great!!!!! She Lost Control (Joy Division) is covered in a draw dropping minimalistic fashion by Teenage Sin Taste which should enable this version to take the dancefloor by storm. Possibly the best cover of this song ! The album closes with Crystal(New Order) covered by Depression not one of my favourite New Order songs. The weakest cover on the album. 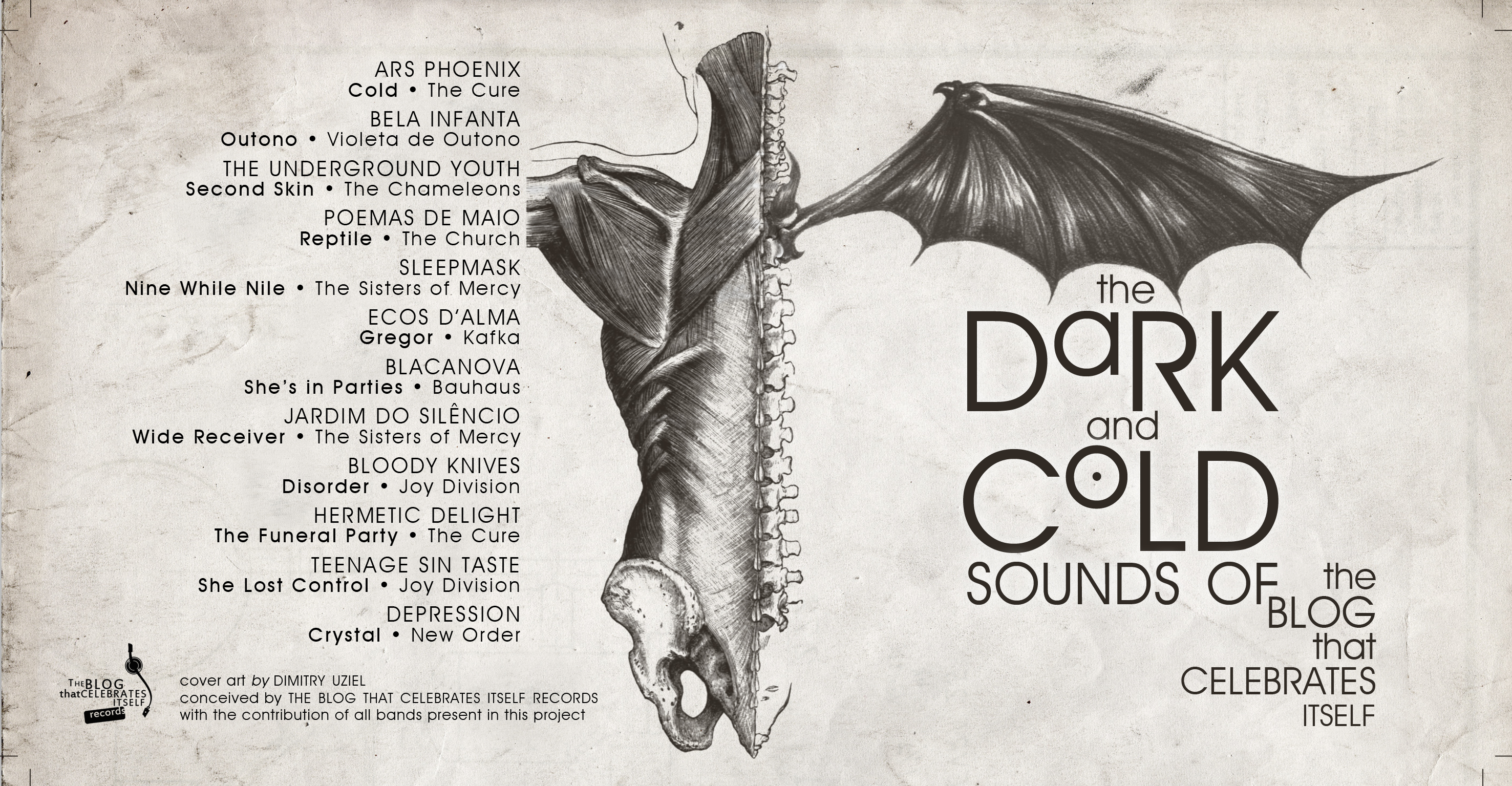 A great way of introducing new bands by The Blog That Celebrates itself so if you want to hear some electric versions of old classics, discover new bands or if you are a Dark alternative DJ wanting add some more sonic weapons to your arsenal get this compilation now for $6 from the link below!