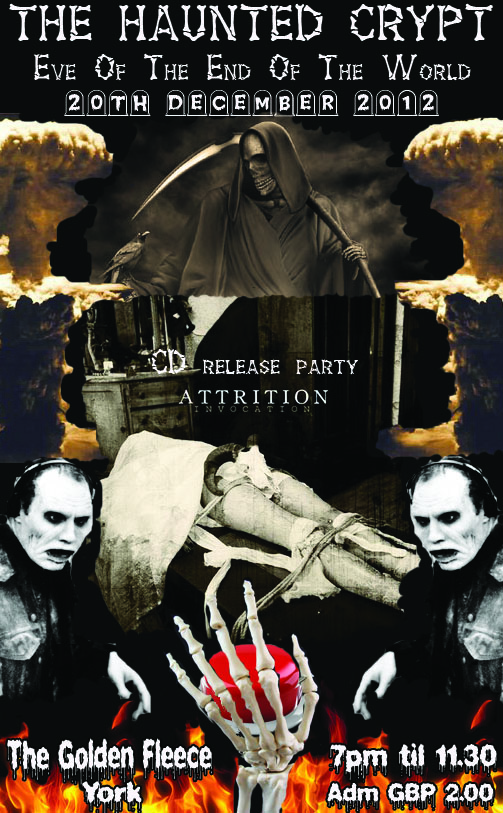 The world may or may not be ending on 21st December so its more than a good enough excuse to vist The Haunted Crypt with its extremly charming Gothic  decor & it’s dark atmospheric apocalyptic soundscape @ York’s most haunted pub The Golden Fleece. If that wasn’t a good enough reason to visit, we will also be holding a release party for Attritions‘s new album “Invocation” the dark atmospheric chilling soundtrack for the film G.H.O.ST. There will also a couple of copies to be won.